No relationship between Fawaz and Junior Bio 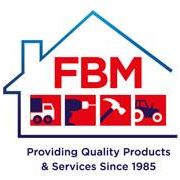 No relationship between Fawaz and Junior Bio

A popular businessman, who is a household name in building materials in Sierra Leone, Fawaz Building Material, has flatly denied and disowned any relations with a Lebanese national popularly known as Junior Bio.

On Monday, the said Junior Bio attempted to witness the all-important debate at parliament Building. The security officers deployed at the checkpoint entering the parliament building stopped and asked him to produce his accreditation. Junior Bio failed to produce document to warrant officers to let him enter the well of parliament.

There and then, he told the officers that he is a brother to the president and therefore should be given chance to witness the debate. The chance made by Bio was refused by the officers . Someone who was standing around the place then jumped in by questioning Junior Bio how comes about him being a Lebanese man having direct biological link with President Bio.

At this point, Junior Bio over stretched his freedom by abusing the man who confronted him. He also abused the officers adding that they were not in any way correct to stop him, who is also a security officer to the president from entering parliament.

It is reported that since President Bio came to power sometimes this year, Junior Bio also known as Fawaz , has taken upon himself to bulldoze his way to State House and many other places.

Security experts have condemned the behaviour of Junior Bio , noting that it is time to caution and halt his zealous behaviour.

Police Update The Masses On Recent...

As Violence Hits Timber Business a...