Homepages
Your trusted place for Sierra Leone and global news
Trending News
HomePoliticsSLPP May Be Toppled Out Of Power Before 2023 Election Says Dr. Dennis Bright 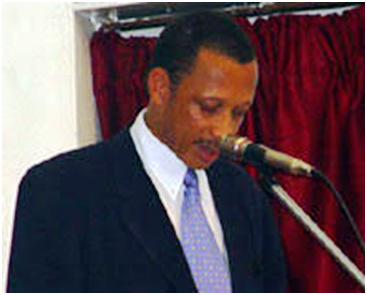 The NGC strong man made this statement on Friday October 5th, 2018 whilst he was on interview with one of the country’s local radio stations, Radio Democracy FM 98.1.According to him, the SLPP must be cautious of the fact that the main opposition All Peoples Congress (APC) party is still very popular among the electorates especially in the capital, Freetown, which is seat power. He added that the APC is popular because of it outgoing leader, Dr. Ernest Bai Koroma and the 2018 Presidential candidate, Dr. Samura Kamara, who many say is the most popular politician right now, in fact, many say is more popular than the current president who many believe was handpicked by the British.

‘’The SLPP should not provoke any situation that would lead to a massive civil disobedience in the country especially in the capital city. Like many other countries, the APC with it numerical strength is capable of bringing down this administration within days of national protest that might lead to international intervention’’ he cautioned.  He added that the SLPP should be very careful more so when the economic difficulties in the country is felt in every little corner. He maintained that people are not happy with the increase in prices of food stuffs, rampant sackings, political intimidation, killings and many more.

He concluded by issuing a stern warning stating that the SLPP must not push the people to the wall or else, he foresees a situation where the people’s power might topple this even before the 2023 Presidential Elections.