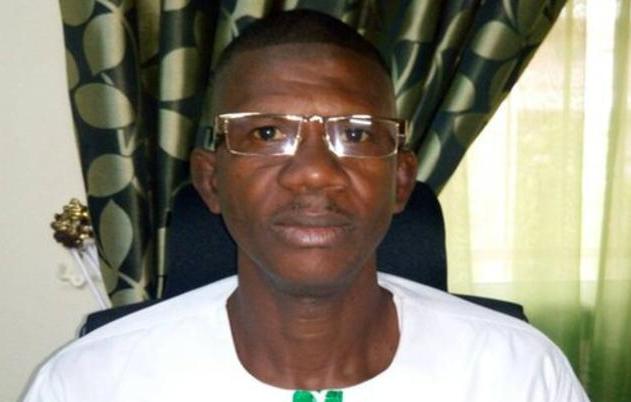 In a Press Conference that took place yesterday, Wednesday 12th September, 2018 at the National Stadium Hostel, the hot tempered Minister of Sports- Ibrahim Nyelenkeh in no time registered his dissatisfaction with the Media in concurrence with the clumsy incidence that occurred during the match between Leone Stars and Ethiopia.

In treaty with the effective and efficient professional tasks that are normally executed by Members of the Forth Estate, the newly appointed controversial Director of sports, Dr. Kenneth Brima thanked and appreciated the Media for the continuous progress made over the years. When a member of the Press posed a salient question applicable to his strong statement made against the Media, he tried under duress to differentiate that he was referring to the Social Media for disseminating politically motivated vague statements rather than asking for cogent information.

In an attempt to put his records straight, Nyelenkeh gave a breakdown of the 37 man delegates that went to Ethiopia without a substantive Budget to that effect. According to him, 23 players, 8 officials of the Technical team, 2 from his Ministry, 2 from the FA, 1 Media person from the SLBC  and a Coordinator giving a total of 45; were budgeted for without financial narratives, owing to the Accountant holding that entire institution to ransom.” said Nyelenkeh. His vague explanation has however left the question of over three hundred thousand dollars allegedly given for the match still unanswered.

In displaying high level of professionalism, Leone Stars’ fluent Head Coach- John Keister registered his apology around the result and the limited time spent on training but profoundly updated the Press that the players were happy and very determined and it was the best possible squad. He further deliberated that the Technical team worked assiduously. “We had the personnel, we had the players, we had the pace. 4 or 5 players had birthdays and 2nd half was more competitive. Players do make mistakes but we should try to limit that. Players are not replicating their International performances to the national team. We have got the preparations right for the Ghana match”, asserted coach Keister.

When asked by a member of the Forth Estate why most of the delegates put on the national attire, the Sports Minister accepted that irregularity and promised to solve that in our subsequent matches. However, he quickly shifted the blame to the Accountant who was unavoidably absent when confronted with the lack of cost apportionments.

Nyelenkeh responded to the concern raised in connection with the rehabilitation of the Siaka Stevens stadium ahead of our next match with Ghana, by assuring the audience that the National Stadium would be available but with an approximate capacity of 17,000 people.

In responding to genuine concerns that were raised related to the preparations made for the Ghana match, the Minister assumed the position of the Head Coach by hypothesizing that fresh legs ( that he described as dedicated players) will be brought on board and emphasized on the fact that Sports is money despite the current economic status of the country.

In his conclusion, though he ignored a question that has to do with the disparity with the number of Leone Stars’ players (18) whilst Ethiopia presented 23 players; he countered questioning about the FA by saying what he will not take from the FA is to see them circumventing the Law. He described the FA as an indicted association and the social media as a cheap entity.

Due to the persistent babbling by the newly appointed litigious Sports Director, regarding handing over notes by the former Director- Ibrahim Bangura, the Minister reiterated that based on phone conversations, the erstwhile Director said he has a genuine case that is preventing him to officially hand over.

Did President George Weah Score an...