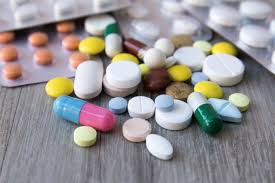 As usual very reliable sources have intimated to Sierra Express Media (SEM), that the level of drug theft suspiciously among staff of the above mentioned Community Health Centre is on the increase. It was disclosed that there are no available drugs at that deplorable Health facility which has caused the death rate to rapidly increase, especially vulnerable children and their lactating mothers. The residents within that deprived community are claiming that orchestrated medical thefts are ongoing, owing to the fact that it is only the expensive drugs like antibiotics, blood syrups and drips are normally stolen, leaving the easily affordable ones like paracetamol, vitamins and so on.

According to an insider, SEM was updated that food items like corn flour, bulgur and biscuits that were mainly supplied to the malnourished children were also carted away by the unknown medical syndicate of thieves.

It was also alleged that the nonchalant attitude of the Community Health Officer (CHO) with few of her cross subordinates usually chastised patients, thereby scaring them off the facility.

In an extensive interface with a large number of the community people, SEM was informed that exorbitant amounts are normally apportioned to treatment and drugs which they supposed to have benefited from, as the health of the citizens is a priority of the Government.

However, they vehemently registered their dissatisfaction on those burning issues that are presently serving as cancer worms, eating the fabric of well-being within that densely populated environment and that they are calling on the Ministry of Health and Sanitation (MHS) to speedily intervene in other to salvage those boredoms.