SLPP Govt In Quagmire over fees for University Application Forms 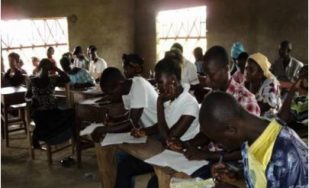 SLPP Govt In Quagmire over fees for University Application Forms

Referencing the Media Release from the office of the Press Secretary, State House, dated Thursday, 12th July, 2018 that clearly stated that President Bio has eliminated fees for University Application Forms starting September 2018/2019 academic year – according to that release, His Excellency the president has directed that Government pays for the application forms estimated at Le 5.6 billion for about 15,000 students across the country, though some relevant academic institutions were deliberately left out.

The general expectation of university applicants was that direct payments should have been made after due diligence by the government especially at this crucial economic retrogression when they are in dire need of finances to augment their academic expenditure. The general understanding of the populace was that the SLPP government has made prompt payments not until when it was further clarified. As the common adage goes “a stitch in time saves nine” meaning the applicants will have preferred an immediate payments over a later period which is not definite and the guarantee of such refunds cannot be over emphasized owing to the simple fact that this SLPP government is currently finding it very difficult to meet even the basic needs of the people.

The students of Sierra Leone are raising serious concerns relating to the grapevine making the rounds that the 75% subsidy former president Koroma was paying for all university students devoid of courses they were pursuing, the full payments of fees for female Science students are going to be removed. Apparently, if it comes to past it would seriously distorts the progress of tertiary education thereby creating more rooms for school dropouts. In an exclusively interview with continuing students and applicants, this medium was informed that they will prefer to rather pay for the university application form than meeting the challenges of those exorbitant fees which most of their parents or guardians could not afford especially at this terrifying moment of horrendous hardship in the country.

However, students are looking forward to the government to either reverse that planned action that would not augur well or translating her words into the required action.

Regional Integration is Key to Doi...