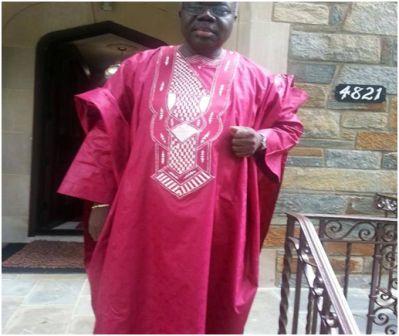 As the repatriation saga of Sierra Leone diplomats continues to boil, a letter directed to the Director General of the Ministry of Foreign Affairs and International Cooperation purportedly written by the Dean of Sierra Leone Ambassadors, Ambassador Bockarie Kortu Stevens (in photo), was in circulation on various social media platforms.

This letter, according to Ambassador Stevens, in a telephone interview with Sierra Express Media, categorically denied authorship of the said letter. He furthered that, it is a draft that was to be forwarded to all the various embassies for their individual inputs which were to be harmonized and rewritten in the most polite manner before sending it to the authorities concerned.

He also disclosed that the letter was never signed by him nor did he write the contents in it.

While acknowledging the unfortunate plight they are facing under this new administration, Ambassador Bockarie urges compatriots to professionally handle the matter at hand and calls on the SLPP government to address their concerns by following the laid down rules regarding repatriation of diplomats.