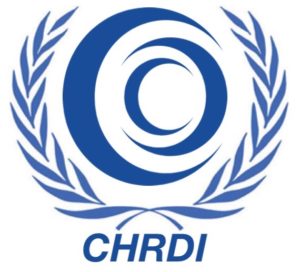 The Campaign for Human Rights and Development International (CHRDI) condemns the rising spate of violence against women in politics in Sierra Leone, before and after the general elections.

We view such violence against women in politics as an overt denial of the fundamental rights of women. It can be defined as a harmful act that is perpetrated against one person’s will and is based on socially ascribed (gender) differences between male and female within the context of politics and should therefore be condemned.

Violence against women in politics is simply a subcategory of violence in politics and more generally highlights weak state capacity and criminal justice system – the result of incomplete democratic consolidation.

These acts of violence do not only violate women’s political rights and the weak enforcement of both local and international laws that give widespread impunity for criminal offenses, but are also an assault on the quest for equality.

Violence against women in politics is problematic for a number of reasons; most obviously, it poses a direct threat to women’s ability and willingness to engage in politics.

This violence has been one of the major deterrents to female aspirants and female voters.

The flip side of this argument is that when women fail to get elected in enough numbers because the entire system undermines their aspirations and candidature, they are then accused of not doing enough to “get themselves elected”.

As a concerned  Public Social-Policy right based  organisation we stand in solidarity with all survivors of electoral violence and call on Sierra Leoneans to join us in breaking the silence against all forms of violence particularly violence against women in the political arena.

Finally we call on those, especially the youth, who are involved in or are being used to perpetrate these heinous acts of violence against women and other opponents, to desist forthwith from such acts.

In a democratic Sierra Leone where the rights of citizens are respected, there is no room or place for violence against women in politics and we urge all Sierra Leoneans to join us in demanding an end to this.

Note: Campaign for Human Rights and Development International (CHRDI ) is a Rights based Public social-policy advocacy Organisation. We Draw attention to the responsibility of duty-bearers to uphold human rights, and seek to support rights-holders to claim their rights. CHRDI is in Special Consultative Status to the United Nations Economic and Social Council and accredited to many UN Agencies.

SLPP Condemns Attacks On Mayor Of...