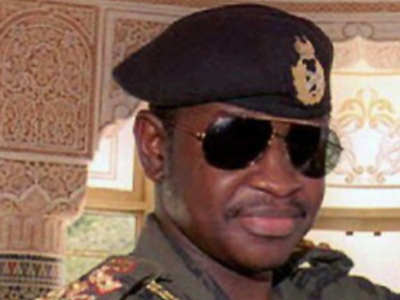 The Judiciary of any country is one of the most powerful instruments of the governance structures that can protect democracy and uphold the peace of a particular country under democratic dispensation. It is one of the most sensitive organs of government that can bring peace or sends the country into war if it fails to perform it duties responsibly.  (Photo: Rtd. Brigadier Julius Maada Bio, President of Sierra Leone)

Sadly though, Sierra Leone is now faced with a critical situation where the country’s Judiciary has been dragged to the mud by the executive arm of government; a situation that has the potential of sending the country into oblivion. In a democratic dispensation, the Judiciary must be independent in order to perform its sacred functions for the maintenance of peace and stability.

This is however not the case in Sierra Leone where the Judiciary has now become a puppet to the Executive at the expense of national peace and stability. It is now been used as a tool for the Executive arm of government to murder our country’s democracy.

A case in point is the recent unfolding of political events in the country where we have witnessed some incredibly discriminatory decisions taken by the courts that undermines the will of the majority of Sierra Leoneans all in a bid to satisfy the selfish and evil interests of their masters in the Executive arm of Government.

It could be recalled that Sierra Leoneans went to the polls a little over two weeks ago in order to elect their choices of representation in the Executive, Legislature and the Local Government which saw the main opposition then, Sierra Leone People’s Party (SLPP) clinching the Presidency in the second ballot and the now main opposition All Peoples Congress (APC) Party wining the Legislature and the Local Government based on the number of representation. It is the will of those voters who voted in the March 7th and 31st polls that the country’s Judiciary in conspiracy with the Executive is trying to thwart.

It could further be recalled that the National Electoral Commission of Sierra Leone in March, after the conduct of the elections, declared one hundred and thirty two (132) Sierra Leoneans democratically and duly elected as Members of Parliament representing different constituencies across the country. Of these, the ruling Sierra Leone People’s Party (SLPP) has forty nine (49) representatives, the main opposition All Peoples Congress (APC) Party has sixty eight (68), the Coalition for Change (C4C) has eight (8) representatives, the National Grand Coalition (NGC) has four (4) representatives and three (3) Independent Members of Parliament respectively.

A total of 146 Members including 14 Paramount Chiefs and 132 elected members make up the Sierra Leone House of Parliament for the next five years according to the declaration made by the country’s electoral body in March.

However, some conspiracy between the Executive arm of Government and the Judiciary have seen the democratic will of the majority of Sierra Leoneans been stolen by some discriminatory and useless court injunctions against sixteen democratically elected APC Members of Parliament in order to reduce their numbers for the election of the Speaker of Parliament of which they stand a great chance of winning.

This ugly turnout of events has therefore seen the ruling Sierra Leone Peoples Party (SLPP), headed by the former Junta leader, Juluis Maada Bio, using state institutions including the Police , Military and most importantly the Judiciary to impose Abass Bundu on the House of Parliament dominated by the main opposition with sixty eight seats and the people of Sierra Leone. This situation has now been viewed by majority of Sierra Leoneans as a complete murder of our democracy.