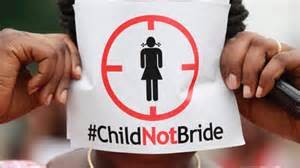 In Worreh Mankankry, a village in Bombali district, the northern province of Sierra Leone, a 17 year old teenager, Mazizi Christo Turay, has been forcefully handed in marriage to a 50 year old man, Alpha Kamara.

The girl’s father, Mohamed Lamin Turay, head of the Poro Society and community chief, according to family sources, is believed to be in the same secret society (Poro) with Alpha Kamara where the two had mutual agreement of giving his teenage daughter, Mazizi Christo Turay, in marriage to Alpha Kamara.

The victim, whose mother left her father when she was only 14 years old due to ill treatment from her father, is now used as the sacrifice for the Poro society agreement between her father and the forceful husband in question.

Her efforts in trying to resist this ungodly act from her father is yielding no dividend but rather continuously putting her at loggerheads with her father and other family members. Her father is persistently giving death threats to her with daily maltreatment including severe beatings one of which left her body severely wounded. Her father has made life very miserable due to her reluctance in accepting the man he wants her to marry.

This medium is therefore calling on all authorities concerned to come to the rescue of Mazizi Christo Turay, whose life is at stake because of her refusal to go into early marriage.