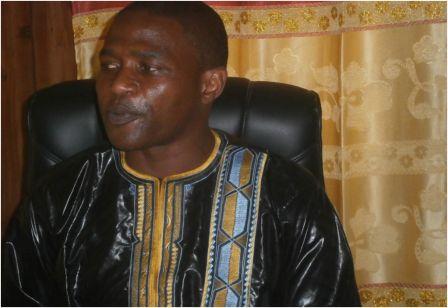 Speaking at a press briefing last Tuesday, the ADP strong Presidential candidate described Kandeh Kolleh Yumkella as not a citizens of Sierra Leone and debunked the propaganda that KKY has denounced his American citizenship two months ago.

”It takes over eight month for someone to go through the process of denouncing foreign citizenship”, Kamarainba throws challenge and maintained that the applicant must submit a DS 4083 form to the United States Government.

At this stage, he said the applicant would go through an interview before a certificate of Loss of Nationality with an American Seal may be issue to him/her.

“We should not allow any thief to be President of this country again”, said the static opposition and described all presidential candidates as thieves for the fact that they failed to declare assets and stressed that only a thief is afraid of declaring assets.

He pointed out that, for far too long, the politics of deceit has been in existence in the country and disclosed that he never had citizenship of any country in the world except Sierra Leone.

The ADP Presidential candidate advanced that he named one of his children ‘Sierra Leone’ to demonstrate that he did not only love his country but he is also worshipping Sierra Leone.

“I cannot disassociate my country to gain American citizenship”, Kamarainba stated and described the 58 years old KKY as a total mess and politically immature to have publicly pronounced that he never voted throughout his lifetime. How you expect people to vote for him?, he asked rhetorically.

He alleged that, when he was Minister of Trade, Yumkella sold the Oil Refinery in Nigeria and stressed that anyone who sold state resources is a thief.

In another development, Kamarainba hammered home that the Presidential candidate for the main opposition Sierra Leone Peoples Party, Retired Brigadier Dr. Julius Maada Bio sold the Sierra Leone National Passports in the tune of five thousand dollars and deposit it in his personal account.

He therefore described Bio as not only a cancer in the political landscape of the country but also a shameless politician who cares less about the welfare of his people.