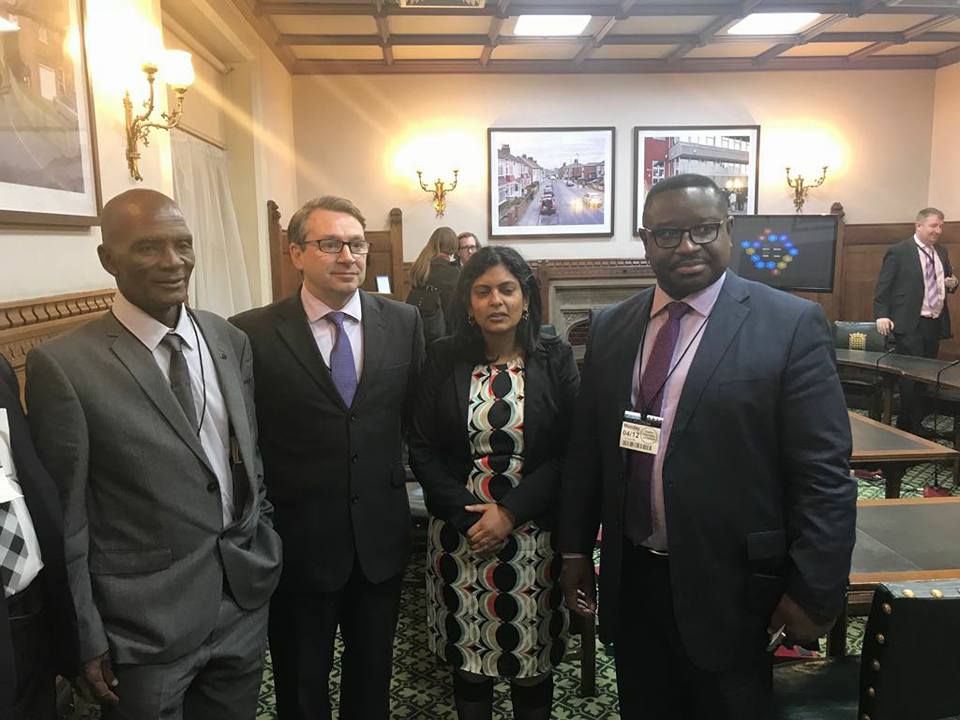 The Chairperson of the All-Party Parliamentary Group on Anti-Corruption, Hon. Rupa Aisha Huq was very assertive as she introduced Rtd. Brigadier Julius Maada Bio as the next President of Sierra Leone to her fellow Members of Parliament including former ministers of government at the cross-party group session on Anti-Corruption at the Westminster Parliament on Monday 4th December 2017.

As a special guest at the cross-party group session on Anti-Corruption, the charming and smartly dressed former Head of State has always pointed out that corruption is one of the major reasons for the poverty which has pervaded Sierra Leone.

In his short remarks to the session, Rtd. Brigadier Julius Maada Bio called on the United Kingdom government to support Sierra Leone in strengthen financial integrity systems so that the United Kingdom is not used as a safe haven for politicians and others to hide corrupt and stolen wealth from Sierra Leone.

Bio told the Members of Parliament that he is also committed that the next SLPP Government will ensure that financial crimes which aid corruption are tackled and appealed for coordination between efforts in preventing financial crimes and using the United Kingdom as a safe haven. Looking back over the years, Bio added that the fight against corruption in Sierra Leone has largely been used for harassment and intimidation of opposition members.

Representatives of Transparency International, Global Witness and other anti-corruption campaign organisations, Members of Parliament who witnessed the session were very impressed with the call by an African politician for the United Kingdom to take actions against corrupt politicians and others who used the United Kingdom as a safe haven to hide stolen wealth. Once again Bio has demonstrated that as President he will not only have zero tolerance for corruption but also work with countries used as safe havens abroad to keep corrupt and stolen.

The Zoo Keeper And The Politics Of...