Kenya’s Botched Elections: What role could China have played? 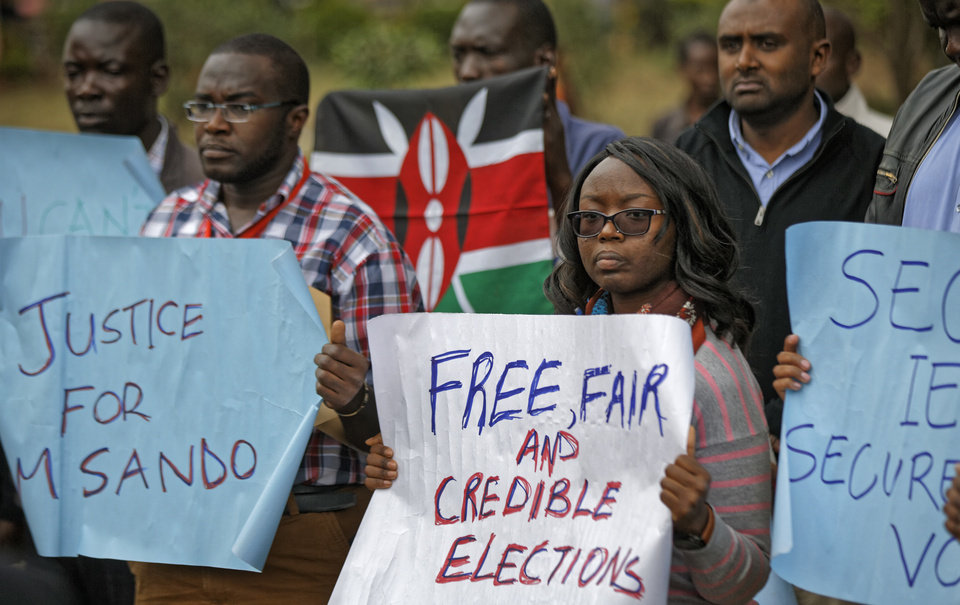 Kenya’s Botched Elections: What role could China have played?

Since the Kenyan Supreme Court annulled the general elections of August 8, 2017, the country has been plunged into a political limbo. The court’s verdict not only invalidated the process under which the elections were organized, but it also emphatically stated that the results were unreliable. The court claimed that the electoral process failed to meet required standards of legitimacy.

A lot has ensued since the court handed down its verdict: the opposition’s call for reforms in the electoral body has been met with stiff resistance by the ruling party. The ruling party insisted that reforms were not necessary, and that the electoral body was still capable of re-conducting fresh elections despite the fact that the Supreme Court verdict that invalidated the August elections also meant that the impartiality of the commission’s personnel still remains questionable. Failure to resolve this question has ultimately led the National Super Alliance (NASA), the main opposition led by Raila Odinga, to withdraw from the presidential contest, and call on its supporters to boycott the polls. People are describing the election as a sham, with the incumbent ruling party candidate Uhuru Kenyatta running his own show.

Prior to this, however, the ruling Jubilee Party of Kenya and its leadership had actually thump-chested the possibility of winning a re-run of the elections. Kenyatta, the incumbent candidate, was even quoted to have repeatedly said that he will emerge the winner of any fresh elections regardless of what happens. One is left to wonder what forms such level of confidence outside of the usual incumbency arrogance. Exploring politics of the Jubilee Party, one feels the presence of a godfather whose hands are bigger and stronger than the electoral process he ought to be subject to. It is this omnipotent hand that fosters and animates the Jubilee Party’s exuberance to thwart and flout the will of Kenya’s democratic spirit.

China, ICC, and the Uhuru-Ruto Alliance

Towards the 2013 general elections, Uhuru Kenyatta and Willian Ruto were under trial at the International Criminal Court (ICC) on charges of human rights violations, specifically for crimes against humanity in relation to their alleged involvement in the planning and execution of the infamous 2008 post-election violence. For the duo, the ICC indictments became a tool for political mobilization they exploited not only at the local level but also internationally. They rallied several states either to support Kenya’s withdrawal from ICC and/or exert pressure on the international court to refer the cases back to Kenya. Virtually the entire international community, with the exception of China, supported the indictment of Kenyatta and Ruto. China, which initially refrained from making known its views on the Kenyatta-Ruto indictment, was nonetheless open about its solidarity with Uhuru Kenyatta even before he launched his bid for the Kenyan presidency in 2013. In Kenyatta, the Chinese saw, and still see, the definite promise of a continuation of a status quo, the solidification of Sino-Kenyan relations, that was already set in motion under Mwai Kibaki’s administration.

In 2003 when Kibaki came to power, he pursued his “look East policy,” which made Kenya a cozy ally of China. Kibaki’s engagement has been written about and debated at length on several platforms, and Kenyans’ positions on this question vary, but the overwhelming majority tend to frown upon the relationship. What political implications has this Sino-Kenyan relations, beginning with Kibaki and now continued by Kenyatta, hold for the current political situation in the country? Could this relationship have contributed to some extent to what is being experienced now in Kenya?

To answer these questions, one first needs to analyze the financial support that Kenya has received from China. How has this Chinese aid money been used by the incumbent party, and what are its possible ideological impacts on the Jubilee Party itself? Second, one must ask how does the Kenyan-Sino relationship factor into the wider geopolitical contest between China and the West in East Africa, and what position does Kenya occupy?

Some scholars, like Dambisa Moyo, have considered economic aid to be closely related to poor governance, corruption, and a lack of space for natural innovativeness or growth of local industries. In poor countries, financial aid often enables corrupt politicians to entrench despotic political dynasties that marginalize and disfranchise the poor. Kenya is not different.

Since the commencement of development improvement projects focusing on infrastructure projects, Kenya’s foreign debt has been on the rise and now stands at about US$64.9 billion, which is over 75% of a debt-to-GDP. Almost 100% of all government revenues go toward debt repayment. Ironically, China is the biggest lender with about US$8 billion.

Not surprisingly, most of the infrastructure projects undertaken in Kenya have been labelled corruption dens with large sums of the money taken as kick-backs by government officials, and other contractors – the business elites – with links to the ruling party. The implication of this arrangement is the high tax levied on consumer products which in turn results to high costs of living for the poor and escalating unemployment. This is why many have recently described the overwhelming support for the opposition in the ongoing elections as a vote for an increase in the cost of living, a desire to end poverty, and a revolt against chronically poor government service delivery. In this way, one can argue that the current political situation is not an ethnic displeasure but a contestation over the state in which Chinese funding has direct influence.

A Political ideology of dictatorship

On August 21, 2016, for example, Kiraitu Murungi, the Jubilee Party’s Steering Committee Co-chairman announced that the ruling party was now working with the Community Party of China. Kiraitu disclosed that the two parties now share similar ideologies, although he failed to mention what ideologies specifically.

Despite China’s claim that the political party system it has adopted is a multi-party cooperative system – a combination of democratic election and democratic consultation under the leadership of the Communist Party of China – the Chinese Communist Party is viewed by many analysts as opaque, secretive, and authoritarian in its organization and operations. Having ruled the country with an iron fist since 1949, China may be considered a one-party state, although there are smaller parties that operate under the umbrella of the CCP. The party is known to deal ruthlessly with dissent and tolerates no opposition. Its power, exercised through the politburo, spreads to every political space, village and workplace. The powers of the politburo control the most vital components of the government–the military, armed forces, the parliament, and other administrative arms of the government. There is absolutely no competitive politics or elections. China’s anti-democratic character is also mirrored by its record of human rights abuses. If these are the ideological characteristics that the Jubilee Party of Kenya shares with the Communist Party of China, then it is not surprising the chest thumping over abuse of state power currently being witnessed in Kenya.

Kenya as a space for geopolitical contest

Sino-America rivalry has reached a fever-pitch. China’s consumption of raw materials, including oil, has grown tremendously in recent years. Currently, China is the largest consumer of crude oil from Africa. When it comes to geopolitical interests, nation states often overlook political systems. For example, America’s military support to some of the world’s most corrupt leaders is an open secret. If China’s onslaught on Africa’s resources is something to worry about, then Kenya’s political position will be of a greater interest to the United States. China, through its soft power approach and heavy investment in infrastructure seems to have succeeded in opening many economic frontiers in Africa. Near Kenya, lies the oil rich Southern Sudan and the “terrorist” infested Somali, resources highly desired by US and China. These two regions are likely to propel Kenya to the center of future geopolitical wars. For America to protect its interest, it must show its support to Kenya. It is no wonder that the diplomatic observer mission in the recently nullified elections were quick to endorse the Uhuru Kenyatta government. America must tread carefully if it wishes to reverse or slow the region’s shift towards Chinese influence.

It is no doubt that China is playing a serious role in the current electoral crisis. It will be interesting to see how things turn out after the botched repeat of elections. Most important will be the reactions of the two world powers of the US and China and how they choose to negotiate Kenya’s mucky political landscape after these shamed elections.

Another Woman For Parliament In Si...