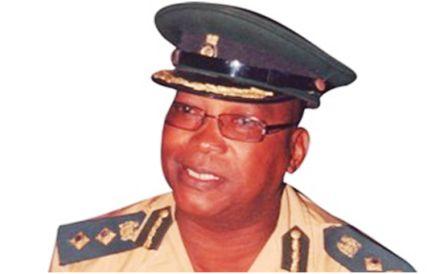 The Sierra Leone Correctional Service formerly the Prison Force is a Government Institution where most people think women can hardly make their way to senior administrative positions. However, the current administration has changed that perception by not only establishing a Gender Unit that is exclusively manned by female personnel, but has also promoted Mrs. Salamaque Bangura to the position of Regional commander that in the Southern Region.  (Photo: . Sanfa Bilo Kamara, Director General, Sierra Leone Correctional Service)

The Public Relations Officer, Staff Officer (II) Sulaiman Salieu Turay, referred to the development as an unprecedented step the service has ever made.

This, he said, is happening now because the current leadership of the Service is very gender sensitive, especially when it comes to both local and international capacity building opportunities.

Besides, he noted that gender issues are also part of the transition process the institution is going through.

As they continue to celebrate these gains, Staff Turay highlighted their logistics challenges, which he said have the potential to undermine their work.

He maintained that in spite of their challenges, they always ensure that inmates are confined within all the nineteen correctional centers in the country and are escorted to Court for hearings.

He however lamented that some correctional centers in the provinces, like Port Loko and Moyamba Districts do not have vehicles to take inmates to and from Courts.

He emphasized that officers in such areas do their work, but at a very high risk by escorting inmates to Court on foot or motor bike.

He appealed to the Government and development partners to continue their support to the Sierra Leone Correctional Service.

Protection for millions of childre...