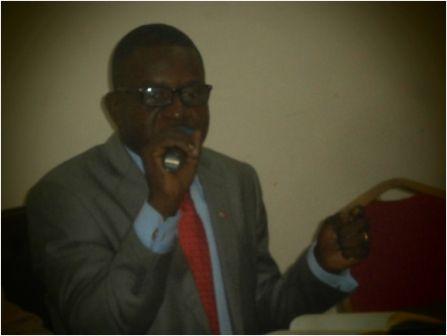 Cornelius Deveaux made the assertion last Thursday at the usual weekly Government press briefing in the Ministry of Information and Communications Conference Hall in Freetown.

According to Deveaux all Hajjgate indictees will not go scot free because President Ernest Bai Koroma has ordered their arrest adding that they can be apprehended in any part of the world they may find themselves through Interpol.

He entreated that the Anti-Corruption Commission (ACC) is very much aware of the issue and he emphasized on the intention of the commission to try any defaulter according to the due process of the law.

He encouraged citizens to seek authentic information from the Government mouth piece so that they wouldn’t depend on false rumor doing the round and re-echoed on Government commitment to strengthen transparency and accountability in the country’s governance systems.

In another development, he spoke on the Fiduciary Agency which he said, Government has hired to take stock of all local and international donations receiving by the central Government for the public to get clear picture and he assured that the said body will ensure all what the Government has received is accounted for to the public for transparency to continue prevail in the day to day affairs of Government.

In that regard, the people of Sierra Leone especially Hajjgate victims are asking the Government of Saudi Arabia if they are protecting officials who have committed spiritual crimes against Allah?.

Concluding, the Deputy Information Minister spoke on how President Koroma has consoled Hajjgate victims to believe in the APC party and assured Muslims that such a menace will never be repeated in the history of our Pilgrimage journey as he said preparation will be put in place earlier to meet everybody’s target.

MDAs in Bombali District pledge to...