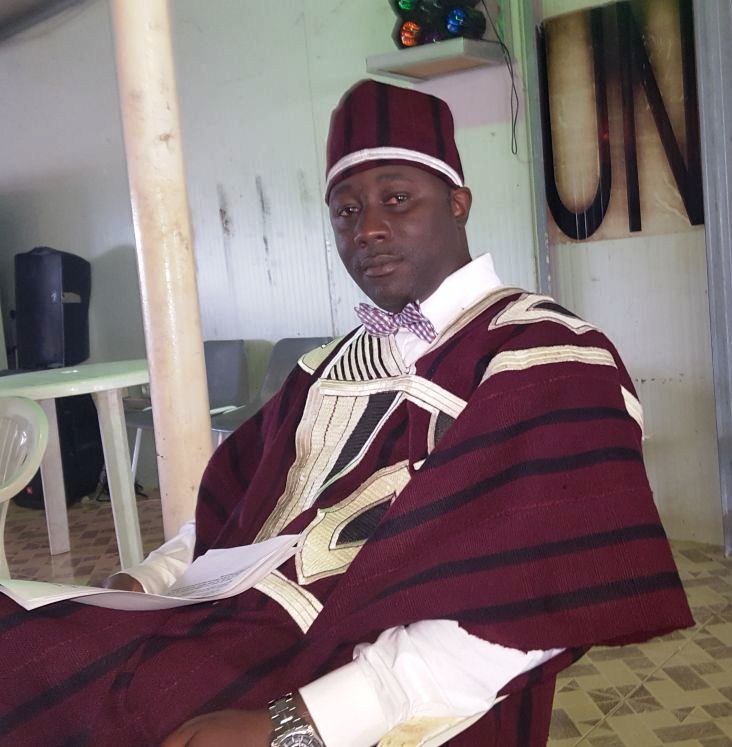 Mount Sugar-loaf, as the name depicts, was meant to generate happiness, probably a good taste of life and refuge. And so it was, until the early hours of the morning of the night before. Men and women, young and old had retired to bed; Loved ones had exchanged “good night, I love you honey” before slumber got the better part of them; disputes laid to rest to be resurrected at sunrise; children familiar with the nursery rhyme, also known as the Black paternoster had closed their eyes to say, “Matthew, Mark, Luke and John, bless the bed that I lie on. Before I lay me down to sleep, I give Jesus my soul to keep.” Innocently, these kids, some of them, may have added the last two lines of the last stanza, “And should I die before I wake, I pray the Lord my soul to keep.”

Sleep beckoned. They were gone. Then, after it was past midnight, the Heavens opened its belly. The earth shuddered. The peace and comfort of early morning sleep disrupted. Like January 6 1999 when Freetown woke up to the sounds of RPGs and AK47s as rebels marched on the city, disaster struck and Mount Sugar Loaf turned sour. That was not all. Crab Tong and Karmayama in Lumley and Karnigo around Juba also woke up to the heavy flooding, the mud sliding and the catastrophe that came with it.

By sunrise of Monday, August 14th, over 400 persons including 109 kids, of whom, some may have prayed, “I pray the Lord my soul to keep,” had gone- their souls gone to the world beyond for forever.

Not too long ago, in 2014 and 2015, the Ebola virus epidemic struck in Sierra Leone. According to the World Health Organization (WHO), “The country’s first case was a woman who was a guest at the home of the index case in Melaindo, Guinea. When the host family became ill, she travelled back to her home in Sierra Leone and died there shortly after her return in early January. However, that death was neither investigated nor reported at the time.”

New to the disease and with a public health system in coma, by the time the country was declared free of Ebola in March 2016, some 3,590 deaths were reported, notes WHO

Before Ebola, there was the 11-year civil war (from March 23 1991 to January 18, 2002) during which an estimated 50,000 persons were killed. In that war, women and girls were abducted, taken to the jungle, raped and turned to ‘bush wives’ for rebel commanders. Limbs were chopped in an unprecedented fashion. Buildings were destroyed and sometimes, whole towns and villages razed to the ground.

While the latest mudslide is unprecedented, the tragedy was waiting to happen. The signs were there for all to see and the alarm bells had been ringing. In September 2016, heavy monsoon rains destroyed ramshackle homes in Kroobay, Freetown, which is Sierra Leone’s largest slum. UNICEF reported that more than 3,800 people were left displaced. CNN stated four dead, adding: “the dire situation spurred the government to turn the Siaka Stevens Stadium, Sierra Leone’s national stadium in Freetown typically reserved for soccer marches, into a temporary shelter.”

If lessons were learnt then, the current tragedy might have been averted. Rather, pleas for policy change fell on deaf ears and those displaced at Kroo Bay and relocated to other areas used the cover of darkness to return. And as the media attention turned to something else, normal life resumed even as death lurked.

During the years when he was Minister of Lands, Dr. Alfred Bobson Sesay called attention to the deforestation and the way and manner buildings were being erected on hilltops and valleys, on every alley or creek. He had a policy to regulate building constructions without regard to the effect on the environment. Bobson Sesay needed not to be a soothsayer to know that if the trend was not curbed, the disaster that we saw on August 14 was just a matter of time.

With all his good intentions to save life and property and to preserve the environment, society (not everyone though) turned on him. His real name was replaced with the moniker, ‘Broke Ose Minister.’  (Demolition minister). Bobson Sesay became enemy number one as his genuine intentions got enmeshed in partisan politics. For fear of being punished during elections, the then SLPP government caved in and Dr. Sesay’s dreams of a safe environment for his people died. Several years when he indicated his interest to run for the party’s ticket for President, his ‘broke ose’ policy haunted him and his ambitions were thwarted.

Bobson Sesay naturally came to mind when I started seeing images of the disaster. My mind was on overdrive. I needed answers to many questions. Questions such as: what does he make of the disaster that the entire world is watching in Sierra Leone? Could he have prevented such a calamity if only the nation had listened to him? What do we need to do to prevent the next Sugar Loaf from caving him? I even wanted to ask if he feels, unfortunately, vindicated albeit the massive loss of life?

Though Mr. Sesay is currently out of the country, his daughter kindly informed me that, “Dr. Sesay is in the US now … and will be unavailable to give his insight. He is welcome to you mentioning his name as someone who in his capacity as Minister of Lands, devoted a great deal of time and effort in not only sensitizing the populace on the causes of such imminent catastrophes but also tried his best to stop them from building these structures and destroying the land and environment.”

Unfortunately, we failed to heed to Dr. Sesay’s calls and we have seen the consequences. We often paint our decisions, actions or inactions with a partisan political brush and, as with the current disaster; we have once again been exposed. Our disaster unpreparedness or management is alarming. We turned deaf ears to early warning signals even in the eyes of looming danger. And yes, we knew too well that the environment was being relentlessly attacked from the hillside and on the waterfront but it was business as usual.

I hate to say this but I don’t believe that lessons have been learnt from this disaster. Well, even if they have, are we willing to damn the consequence and take tough decisions for long term positive effect even if they may seem to be politically suicidal in the short term? Are we finally prepared to close Kroo-Bay, Susan’s Bay and Mabella to avoid another catastrophe? Is the government prepared to damn the consequence and resuscitate Bobson Sesay’s policy as a tribute to the souls that have perished? Will there be a commission of inquiry to find answers to what seem to be questions that we already know and actions taken to avert another tragedy?

While the nation waits for a postmortem, my eyes are filled with tears. I look towards Regent to see if, like the words of our National Anthem, the hills and valleys would re-echo our cry; I think of Mount Sugar Loaf, of Paloko in Waterloo where the mortals remains of our compatriots have been laid to rest and I wonder why Bobson Sesay was not allowed to implement his ‘broke ose’ policy even though it was in the interest of the nation. I even question myself why we are a country with scant regard for law and order and why we rather always expect miracles from God.

Disclaimer: Osman Benk Sankoh, a former journalist with Concord Times now works with the United Nations and the sentiments expressed in this piece are his and do not  necessarily reflect those of the organization he works with.