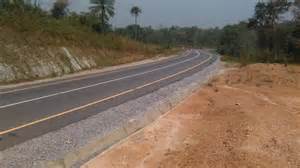 Over the past few months, the Wellington-Masiaka Toll Road has been the dominant topic of discussion from members of the public throughout the country on a daily basis. Several comments, questions and arguments are been put forward both in favour and against the Toll System.

Â Very few people who benefit directly or indirectly from the government of the day argued in favour of the Toll Road on the grounds that it will pave the way for the construction of more roads from the revenue that will be collected from this road, create jobs for some few jobless youths, attracts investors and tourists to do business in the country without due consideration to the current economic situation facing the country especially the ordinary man, while majority of the suffering masses argued bitterly against the road on the grounds that it is a exploitative, untimely and completely out of place.

In a nationwide opinion poll conducted by this medium, majority of Sierra Leoneans are totally against this Toll road over what they said is not only exploitative but also another ploy by the ruling All Peoples Congress (APC) party to continue ripping off the already suffering masses. According to them, that road should not even be a toll road because it is just an extension that the CRSG is doing on it. They disclosed that, Toll Roads all over the world are ones that are constructed from scratch and not on a well tarred and existing road as the case of Sierra Leone. They further alleged that, the entire contract arrangement for this road in the first place was a shady one that surrounded with a lot of irregularities that excluded the important stakeholders of the said road that will bear the greatest responsibilities in the road including the Motor Drivers Union, and the ordinary man through their representatives in parliament.

Recalling on the stakeholders meeting held at the Ministry of Works Housing and Infrastructure on the Toll road prices and its other arrangements, it was decided in that meeting that the initial prices that were released as charges be reduced drastically and also, the Sierra Leone Roads Authority should facilitate the construction of an alternative route to the Toll Road.

It is as a result of this new arrangement that majority of the citizens this medium interfaced with are demanding for a completion of the alternative route first before the CRSG began to collect Toll Charges due in August this year.