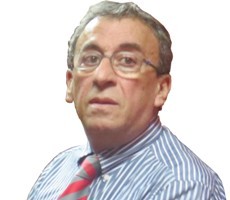 Justice Babatunde Edwards of the High Court of Sierra Leone on Friday June 30th 2017 ruled in favour of the country’s telecom regulatory body National Telecommunications Commission (NATCOM), over a matter it had with Transnational SL Limited.

In June last year, the Commission imposed a fine of Le250 Million on Transnational for what the Commission referred to as a violation of regulatory directives and currency manipulation. Transnational SL was mandated to pay the money within seven working days but refused which prompted the Commission to seek redress at the High Court seeking an interpretation of the NATCOM Act.

After lengthy arguments and counter arguments between lawyers of both parties, Justice Edwards ruled that the defence for the defendant (Transnational SL) is hereby struck off.

The judge also ruled that the judgement entered in favour of the Plaintiff (NATCOM) for the recovery of Le250 Million is accepted`.

The judge also ordered an interest of 21% as from June 10th 2016 on the paid sum and that the defendant (Transnational SL) should pay a cost of Le35M.

This means that Transnational SL will have to pay the Le250 Million fine plus the Le35 Million as cost, totaling Le285 Million plus the 21% interest.