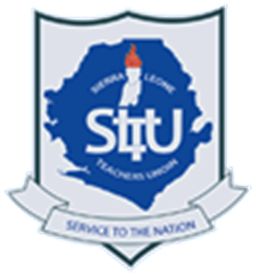 It cannot be gainsaid that the Sierra Leone Teachers Union (SLTU) is one of the biggest, wealthiest and most powerful trade unions in Sierra Leone.

Having manpower of over 35 thousand teachers on pay roll, the Union gathers hundreds of millions of Leones every blessed month from the teachers in the form of union dues deducted from their salaries from source.

I am with the strong view that the SLTU is supposed to be using the union dues to cater for the welfare of the teachers as that is the union’s prime responsibility.

But the way most teachers continue to languish in this country has led me to begin questioning the relevance of SLTU.

The SLTU is very much aware that hundreds of teachers have been retired several months ago and are yet to get their retirement benefits.

Many have even died in the process of getting their benefits. The SLTU is also quite aware that hundreds of teachers and school heads are yet to be re-assessed and their salaries reviewed after being promoted months or years ago.

This same SLTU knows very well that there are thousands of so-called volunteer teachers who have taught for several years without approval and salary, a situation that has reduced them to modernized slaves who work without pay.

As for the countless number of ghost teachers who keep resurrecting and collecting salaries, let us leave that alone.

What has the SLTU been doing to solve all the aforementioned problems which have become thorn in the flesh of teachers and school head?

Of course, the executive members of the union have been saying that they have been engaging government to see reasons to solve the problem. But I know such engagements have been going on for donkey’s years with little result as the problems remain unsolved.

The SLTU that is a pressure group that is supposed to be pressuring government to yield to the demands of its membership.

Such pressure can starts with negotiations with government but in the case where the negotiations keep failing and its membership keep suffering, Is it not right for the SLTU to take a harder approach to compel government to yield to the demands of its members?

If the SLTU does not have the capacity and will power to pressure government to meet the demands of teachers, then how relevant is the union? And why does it keep collecting hundreds of millions of Leones from teachers every month?

I am aware that SLTU has been building regional offices across the country which many teachers view as sub-standard.

I know that the SLTU has built hotel 5-10 where poor teachers can hardly afford to lodge. But that should not be all. The union must try to do its level best to pile pressure on government to solve the burning problems adversely affecting teachers. That is its primary duty.

Who is APC’s Next Flag Bearer?