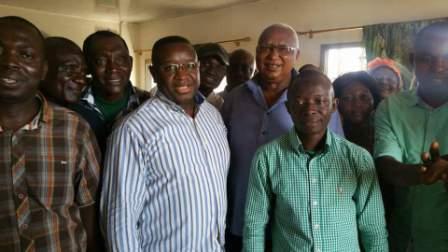 In a press release dated 6 March 2017, Brig. (Rtd) Julius Maada Bio has disclosed that the plaintiffs in the just concluded matter at the high court over the leadership struggle have filed an appeal against the ruling that annulled all the different suspensions and counter suspensions since 2013.

Though details of the appeal remain sketchy at the moment, there is no spec of doubt that the certain aspects of the court’s ruling have not gone down well with the national executive led by Chief Sumanoh Kapen.

In the press statement below, the former military strongman has expressed dismay over this latest development which will only continue to worsen an already bad situation given the limited time left for the party to put all hands on deck before the ruling APC party gives them an endless rope in the just announced presidential race! The SLPP is currently facing a ferocious sea but are not united to know what to do. They have no formidable and trusted leader to rely on for their delivery to the Promised Land.

The leaders keep arguing and disputing one another while their opponents keep advancing from the rear. They are likely to spend all their time in court until the race is declared over!

In such a scenario, who’s to blame?