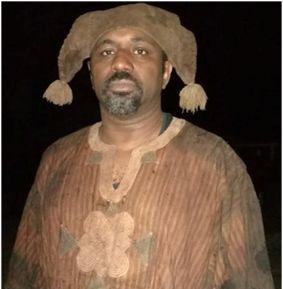 The rising tension over the heritage of John Bonoh Sisay has risen to a boiling point in the All Peoples Congress (APC) party at a closed door meeting held recently in Freetown. The meeting was as a result of growing tension in the party as to which District takes the leadership after President Ernest Bai Koroma.  (Photo: John Bonoh Sisay)

Key political figures from both Districts claimed John Bonoh Sisay is more connected to their District than the other.

This medium gathered that John Bonoh Sisay’s mother, the late Mabinty Sisay hailed from Tonko Limba in a village named Kamagbewu in Kambia District and his father from Kamabai in the Bombali District.

According to family sources, John Bonoh Sisay was born in Freetown in the Western Area, the reason a key figure in the party and a serving Minister considers him as hailing from the Western Area since he was born there.

John Bonoh Sisay’s recent visitations to both Kambia and Bombali Districts where he made pledges to support education and gave Kambia District Le105, 000,000 and Bombali only Le70, 000, 000.

During the visits, he informed the people that as the elder of the family, his heart is more with Kambia District because his mother who raised him hails from there.

During the same visit, John Bonoh Sisay met with Dr. Joseph Sam Sisay, former Agriculture Minister and currently Special Presidential Adviser to create a path for a single candidate to emerge from the District and increase the chances of having someone from Kambia District succeeding President Koroma.

Another observer said John Sisay is established politically in the Southern Province than the North where he has his heritage and Western Area where he was born.