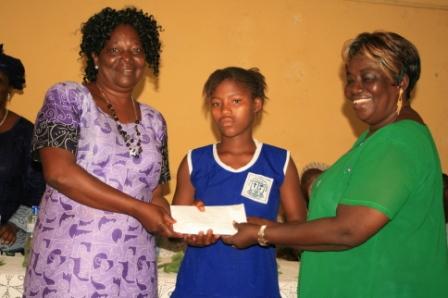 to  75 Top Scorers in the 2016 NPSE and donates school supplies to 75 vulnerable school children in Kono District.

Generally speaking, primary school pupils in Kono District have performed very well in the 2016 National Primary School Examinations (NPSE). The District produced the top scorer in the Eastern Region of Sierra Leone.  Individual aggregates of pupils in Kono District who sat the NPSE matched those in private schools in Freetown, the capital city.  Free the Children, Unique International School, Golf International Primary School and U.M.C. Jaiama produced some of the best scorers in this year’s NPSE examinations.  Also in Koidu, the district headquarter town, good grades were produced by pupils from primary schools such as R.C. Wondema, Beth Konold, Aladura Koidu, Islamic Girls, R.C. Seidu and Muddy Lutus.  For the rest of the chiefdoms outside the headquarter town, like R.C. Kombayende, R.C. Kunteh, U.M.C. Njagbwema, and UMC Primary School Bendu II, Tombodu, Kamara Chiefdom which happens to be the alma mater of the Late Abu Aiah Koroma Esq. in whose memory the donations are being made today also produced good results. The head teachers and founders of these schools must be congratulated warmly.  A special recognition must be given to Sellu Nabay, from Unique International Primary School who was the top scorer with an aggregate of 348, which is very close to the leading national aggregate of 350.  Mr. Sellu Nabay received the Abu Aiah Koroma Esq. Memorial Scholarship in the form of a cash donation of One Million Leones from the Playhouse Foundation, representing his school fees for the year.  The leading female scorer in Kono District, Ms. Fatmata Turay from UMC Njaiama Nimikoro with an aggregate of 331 received the Danké Koroma Memorial Scholarship in the form of a cash donation of Five Hundred Thousand Leones from the Playhouse Foundation towards her school fees for the year.

On Saturday 15th October, 2016, the Playhouse Foundation also honoured some of the top scorers in Kono District by providing them with school supplies such as a set of uniforms, a school bag, a pair of socks, a geometry set, a ruler, pens and pencils, pencil case, exercise books, a water bottle and personal hygiene kits for girls. The total value of the donations was One Hundred Million Leones that included a contribution of Ten Million Leones from the Environmental Protection Agency.  These donations are made in memory of the Late Abu Aiah Koroma Esq. and his wife, the Late Mrs Danké Koroma who are the parents of H.E. Sia Nyama Koroma, the First Lady of the Republic of Sierra Leone, Kumba Fatmata Koroma, Abu Sahr Deedee Koroma and Finda Nyewai Koroma.  The Late Abu Aiah Koroma Esq. taught at the Prince of Wales School during his days as a student at Fourah Bay College, University of Sierra Leone whilst the Late Mrs Danké Koroma taught for many years at the International School in Freetown.  Academic excellence was the most important aspect of everyday life in the home of this couple.

Additionally, the Playhouse Foundation donated school supplies to 75 vulnerable school children including Ebola orphans attending various schools and non-Ebola orphans who attend the Supreme Islamic Council School at Bumpeh, the Pakistan Salone Islamic Primary School at Nagoya, both in Nimikoro Chiefdom and the Kono District Global Organisation (KDGO) Primary School at Titambaya, Gbense Chiefdom which is a school that is being sponsored by an/the organization of the descendants from Kono District in the United States of America, which is chaired by Mr. Aiah Fanday.  Finally, the Playhouse Foundation donated school supplies to top scorers from Classes 1 to 6 who attend the UMC primary school, Bendu II, Tombodu, Kamara Chiefdom.

The Playhouse Foundation is a charitable organization that was established in 2009 by Mr. Abu Deedee Koroma and Ms. Finda Koroma in memory of their parents, the Late Abu Aiah Koroma Esq. and his wife, the Late Danké Evelyn Koroma.  The focus of the Foundation is on education and women’s empowerment and more recently, on renewable energy.  Its main beneficiaries are children, the youth, women and the disadvantaged section of the population in Sierra Leone especially those in rural areas and border chiefdoms which comprise the most remote parts of the country.

Finally, the Playhouse Foundation will be donating school books to several schools throughout Kono District.  As some of you may be aware, five forty-feet containers of books were shipped to Sierra Leone in September, 2015 in partnership with Harvard Graduate School of Business Administration (commonly known as Harvard Business School or HBS) Class of ’94 – Section F who are the section mates of Madam Finda Koroma, the Co-Founder of the Playhouse Foundation and with Books for Africa.  Science, Mathematics, Literature, Social Science, English Language, Geography, History and Reference books will be distributed to primary and secondary schools in the more remote parts of the country and in one-time Ebola ‘hot spots’.  The books are valued at over USD$250,000.  Other sponsors include Samskip, in the Netherlands and the Open Society for West Africa (OSIWA) under its project of support to border chiefdoms in Kailahun and Kono Districts that is being implemented by the Playhouse Foundation. 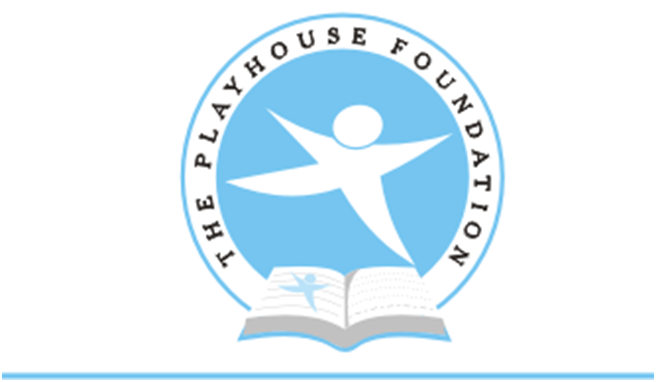