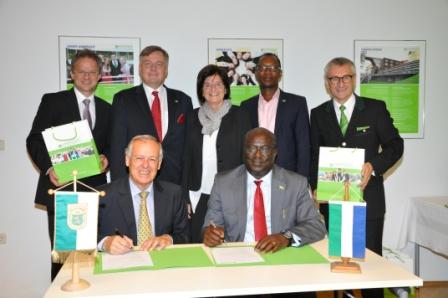 Sierra Leone’s Ambassador to the Federal Republic of Germany, who is also the Permanent Representative to the United Nations Organisations in Vienna Austria, H.E Jongopie Siaka Stevens has engaged the most prominent tourism school in Bad Gleichenberg—Austria, to further promote the tourism industry in Sierra Leone.

With the aim of exploring possible areas of cooperation and support from the school of tourism in Austria, Ambassador Stevens acknowledged that tourism is a catalyst for sustainable economic growth. He noted that Sierra Leone is richly blessed with both natural and material resources that can be utilised to aid economic transformation.

Addressing heads of the school including the Mayor of Bad Gleichenberg shortly before the signing of a Letter of Intent to foster bilateral cooperation in the tourism sector, Ambassador Stevens informed about the country’s huge economic potentials available in the tourism industry. This includes but not restricted to creating jobs, driving economic growth and advancing development.

He further emphasised that Sierra Leone will benefit enormously from tourism if more investment is made within the sector. It is against this background that he called on the school in Bad Gleichenberg for their partnership and cooperation to boost the tourism sector in Sierra Leone.

The Ambassador reiterated the country’s recovery process with emphasis on agriculture, health and tourism. He believed that the aforementioned sectors are influential in the country’s socio-economic development process.

As part of the recovery process, Ambassador Stevens pointed out that Sierra Leone is currently rebranding its tourism sector and added that business is thriving gradually while construction of new hotels are ongoing to attract more visitors in the country.

Responding, the director of the Bad Gleichenberg School of Tourism, Mr. Wolfgang Haas expressed willingness to cooperate with Sierra Leone in providing scholarship and financial grants to Sierra Leone students opting to pursue a career in tourism.

He disclosed that Sierra Leone will further receive support in establishing a tourism school in the country including training of teachers from Sierra Leone in Bad Gleichenberg.

The tourism school in Bad Gleichenberg is among the world’s best and offers excellent qualifications to start an outstanding career in tourism. Established in 1946, the school is internationally known as the private education centre for tourism. It also offers subjects relating to general education, economics as well as communications and foreign languages.

Freedom of Speech is not a License... 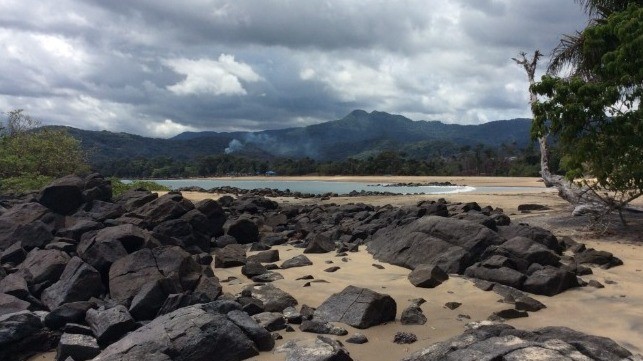