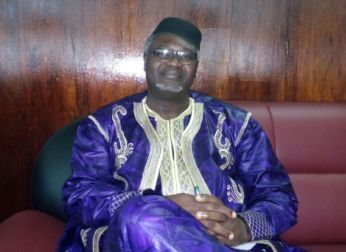 Because of the very high stakes involved, politics anywhere in the world is full of skullduggery and character assassination.  (Photo:  Joseph Fitzgerald Kamara)

Just imagine the very unfriendly exchange of words between the Democrats Hilary Clinton and the Republicans Donald Trump; with each camp going all out to damage the character of the other to score political gains.

Even without his publicly declaring that he intends to vie the 2018 flag bearer position of the ruling All Peoples Congress party, Joseph Fitzgerald Kamara aka JFK has come under merciless attacks on social media from his detractors.

Deviating totally from the excellent professional and human qualities of the man, his detractors chose instead to dwell on the triviality of his membership of the APC.

If his detractors were not out to totally discredit and damage him, they should first of all know that the issue of  his membership of a political party should not be subject of public discussion.

This is because the man is currently serving as the country’s Minister of Justice and Attorney General and should not be seen to be openly aligned with any political party.

What has the age of Methuselah got to do with the wisdom of Solomon? Were there not members older than President Koroma in the APC when the party decided to elect as the chairman, leader and flag bearer in 2007?

To want to dirty the integrity of JFK in order to have him disqualified for the APC flag bearer race clearly shows that there are many who are jittery that he stands a very high chance if he decides to declare for the position.

People should not hide behind the smokescreen of social media to carry out dastardly attacks against those they cannot face. As far as the nation knows, JFK is going all out to reform and reshape the country’s judicial landscape. This is something every Sierra Leonean should be proud of.

In barely six months in office, he has had hundreds of cases across the country fast tracked, with releases secured for many that were languishing unnecessarily in jail. In the process, he has succeeded in decongesting the prisons. Should the man be hailed for vilified for this?

Sierra Leoneans, let us learn to appreciate and applaud what those in public positions are doing for the development of the country and the nation rather than hurling mud at them.

JFK is a fine gentlemen with good intentions for the country by working in his position to help achieve the President’s Agenda for Prosperity dream. He is man to be reckoned with for the 2018 presidential race. Let us honour him, let us not try to assassinate his hard won character and reputation.