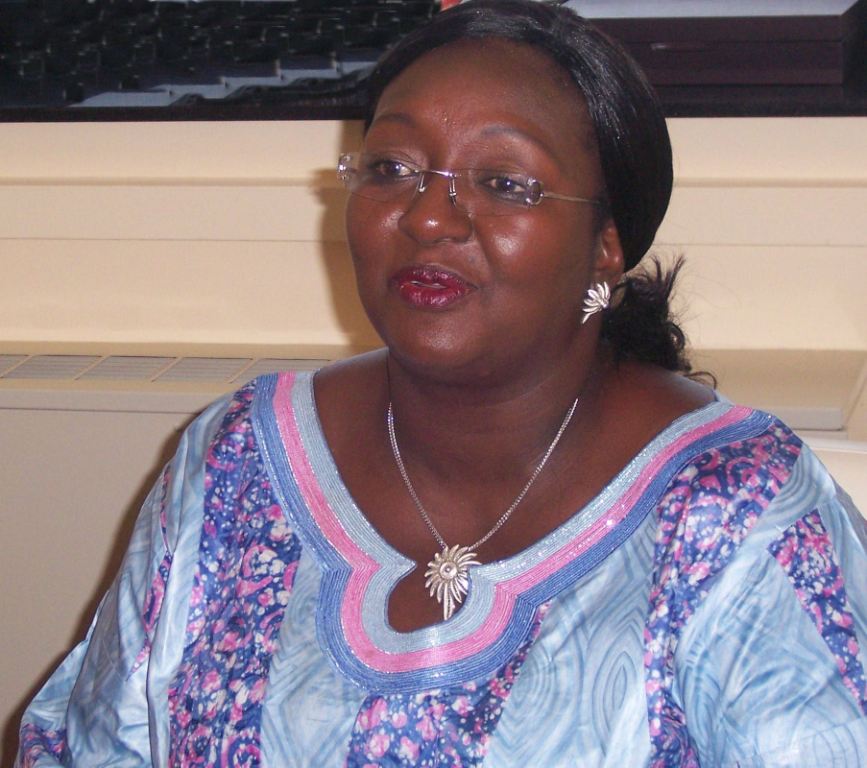 Her Excellency, Mrs Sia Nyama Koroma, First Lady of the Republic of Sierra Leone (in photo), joined her counterpart First Ladies at the Organization of African First Ladies (OAFLA) 17th Ordinary General Assembly which will be held in the margins of the African Union Heads of States Summit in Kigali, Rwanda from 14th – 18th July 2016 under the theme ” Advancing Sustainable Partnerships to end Pediatric AIDS and Improve Adolescent Sexual Reproductive Health and Rights”.

Her Excellency will also be a discussant on a panel discussion focusing on the issues of ending child marriage and ensuring the rights of girls.

It can be recalled that Mrs. Sia Nyama Koroma at a similar meeting held early this year, delivered a statement on sexual and reproductive health in Sierra Leone with a focus on adolescent HIV/AIDS. She outlined the gender dimensions of the Ebola Virus Disease and its disproportionate impact on women and young girls which was directly related to their unequal access to health care services. The First Lady then explained that adolescents’ needs have to be addressed because they make up significant percentage of the global population, quoting several reliable sources and authentic reports that assert that the following: young people aged 10-24 years make up 1.8 billion of the world’s population, 9 out of 10 of them live in less developing countries which includes most sub-Saharan countries and 1.2 billion of the world’s population are adolescents ranging from ages 10-19 years, making them 18% of our global population.

The First Lady stated that out of Sierra Leone’s almost 6 million population, 30% are young people between the ages of 15-35. She also asserted that our national governments have a huge responsibility towards this growing young population because they represent an untapped resource waiting to be harnessed from which our countries can reap a huge dividend if they are harnessed properly, based on findings from UNFPA. H.E. the First Lady then proceeded to outline the status of HIV/AIDS in Sierra Leone and referred to the co-relation between high HIV prevalence and early sexual activity. She presented statistics from Sierra Leone’s National AIDS Secretariat confirming a drop in condom use by adolescent girls, leaving them more vulnerable to HIV and other sexually transmissible infections. She alluded to rise in teenage pregnancy during the 14 month Ebola outbreak in Sierra Leone which confirms the lack of condom use by adolescents although, the inability access family planning services during the outbreak could also have been a contributing factor in this case.

H.E. Sia Nyama Koroma mentioned the launching of 4,000 Duo HIV/Syphilis Rapid test kits that had been donated to Sierra Leone by Alere, a partner to OAFLA. She announced that Alere has donated an additional 10,000 Duo HIV/Syphilis Rapid test kits to Sierra Leone following their meeting at the recent African Union Summit in Addis Ababa, Ethiopia earlier on in February, 2016. She stated that these rapid test kits will contribute towards saving lives of mothers and children as well as the adolescent population in particular.

The First Lady then catalogued all her activities and initiatives relating to HIV/AIDs in Sierra Leone since her inception as First Lady in 2007. Many of these activities included advocacy work in collaboration with the National AIDS Secretariat and donor partners on the prevention of HIV/AIDs and against the stigmatisation of persons living with HIV/AIDs and the donation of much needed supplies to HIV/AIDs mothers.

She mentioned her support to the Network of HIV Positives in Sierra Leone and the Voice of Women, a group of HIV positive women. The First Lady as laid out her work on early marriage and teenage pregnancy, all of which are geared towards ensuring that the girl child and adolescent girls in particular complete that primary and secondary education, thereby bridging the gender inequality gap in access to education. In her concluding words, H.E. the First Lady called on her colleague African First Ladies and members of OAFLA, to live up to our commitment to the international community by working closely with these institutions to achieve zero HIV transmission by 2030. She stated in that ‘this is the time to act’. She implored the African First Ladies to work steadfastly within OAFLA and in our home countries to ensure that they advocate for stronger national policies and strategies that will place adolescent sexual and reproductive health and HIV in the adolescent segment of our population, firmly on national political agendas.

A statement from the Office of the First Lady assured that she remains committed to the promotion of the rights of women and girls in line with the Government of Sierra Leone’s Agenda for Prosperity in its post Ebola recovery phase.