The impact of Ebola on education in Sierra Leone 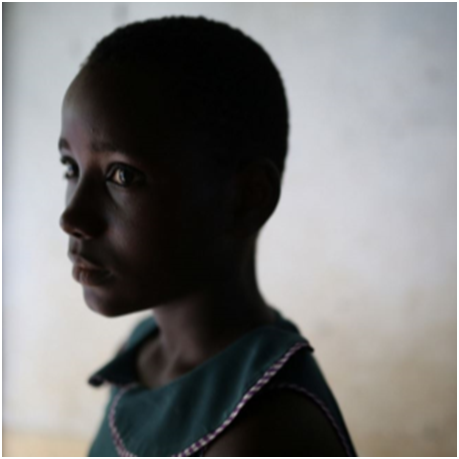 The impact of Ebola on education in Sierra Leone

The West Africa Ebola crisis of 2014-15 killed more than 11,000 people, caused economic and social disruption in a massive scale, and left tens of thousands of children orphaned. In Sierra Leone, schools were closed for eight months, resulting in a lost year of learning. With the closure of schools and banning of public gatherings, Sierra Leoneans, having lived through years of civil war, knew the setbacks that lost educational opportunities would inflict on a young generation.  The government, working with donor partners, initiated a number of interventions to mitigate these losses.

To better understand the lessons for education from the Ebola crisis and recovery efforts, a team at the World Bank is conducting a post-Ebola needs assessment. The research is still underway, but here’s what we have learned so far from focus group discussions with students, parents, teachers, and school committee members in urban and rural areas:

Radio programming, though flawed, maintained a link to learning during the crisis. The Ministry of Education, Science and Technology (MEST) commissioned an Emergency Radio Education Program with support from UNICEF, the Global Partnership for Education (GPE), and other donor partners. The program provided daily programming based on the primary and secondary school curricula in core academic subjects including math, English, and civic education. Lessons were broadcast five days per week in 30-minute increments and allowed listeners to call in with questions at the end of each session.

The consensus from focus groups at various levels was that the program was a poor substitute for schools, but was taken seriously by the government and the communities, so it served a purpose of maintaining some link to education during the crisis. “We listened, my aunt was very strict (insisting we) finish our chores so that we could listen to the radio program,” recalled one junior secondary school student.

However, access to the program was limited by poor radio signal coverage in rural areas and a lack of radios and/or batteries, especially among poorer households. UNICEF distributed of 25,000 radios to communities, relieving this challenge in many areas. Another issue was timing conflicts between the radio program and farming and other household activities. Language and accents also posed comprehension problems, and not all students benefited from having an adult present to help explain the program content.

Community members’ confidence in health and safety measures was vital for children’s reenrollment in school. Sierra Leone schools reopened in April 2015, after those in neighboring Guinea and Liberia, but well before Sierra Leone reached its target of zero Ebola cases. The government’s strategy to thoroughly clean the schools and implement strict hygiene practices was essential for giving parents the confidence to send their children back.

The government distributed thermometers, soap, Veronica buckets (handwashing stations), chlorine, and gloves, and trained teachers in the protocol for handling suspected Ebola cases. As time went by, and no new Ebola cases were reported in any school, the strategy proved effective: initial data from the 2015 school census show at least 1.8 million students enrolled across the country, comparable to pre-crisis levels.

“We were not able to convince everybody… but as weeks went by, more kids returned to school and the situation began to stabilize,” said a school principal.

School reopening offered an opportunity to get back to basics. “The children have forgotten everything they learned at school before Ebola,” lamented a parent in one of the focus groups. In an effort to compensate for lost learning, MEST has implemented two shortened academic years with an accelerated syllabus focused on core subjects. Given the low pre-crisis learning levels in Sierra Leone, this required a simplification of the curriculum, which was achieved with assistance from a consortium of education partners, led by the International Rescue Committee (IRC).

Though further evaluation of the curriculum will be necessary, international evidence suggests that recalibrating the pace of instruction to children’s actual learning levels is an effective way of improving outcomes in low-performing educational settings.

More needs to be done for full recovery—from psychosocial support to the special needs of survivors, orphans, and pregnant and mothering girls. Although MEST provided teachers with psychosocial training to help children traumatized by the Ebola crisis, their plates are already quite full. A school management committee member noted that teachers “have a lot of work to do with the accelerated syllabus, so cannot care for the victimized children.”

Ebola orphans, survivors, and even children wrongly suspected of having Ebola continue to suffer from stigma and isolation. One boy recounted being shunned by his friends after being briefly hospitalized for asthma. The crisis also led to a spike in teenage pregnancies, which the government has tried to address through provision of alternative education for pregnant and newly mothering girls at community learning centers, but these new mothers will need considerable ongoing support to continue their education.

A girl in one of the focus groups captures both the stigma suffered by these new mothers and a determination to continue learning: “[People] ridicule us by saying that now we’re serious to go to school after chasing men when we had the opportunity to go to school, but I am happy to come here.”

At the time Ebola emerged, Sierra Leone, like many countries in Sub-Saharan Africa, was seeing progress in school enrollment rates, though still struggling with low learning levels among the majority of pupils. Now, for the most part, life has returned to normal. Sierra Leone’s experience with Ebola is a testimony to the resiliency of its people, and the recovery offers a number of opportunities to “build back better” in the education sector: from school health practices to curriculum to providing support for the neediest pupils.

By Shawn Powers (With the contribution of Kali Azzi-Huck, Anusha Ramakrishnan, and Yinan Zhang)

"Pray for the president and t...

After 39 years of active service C...