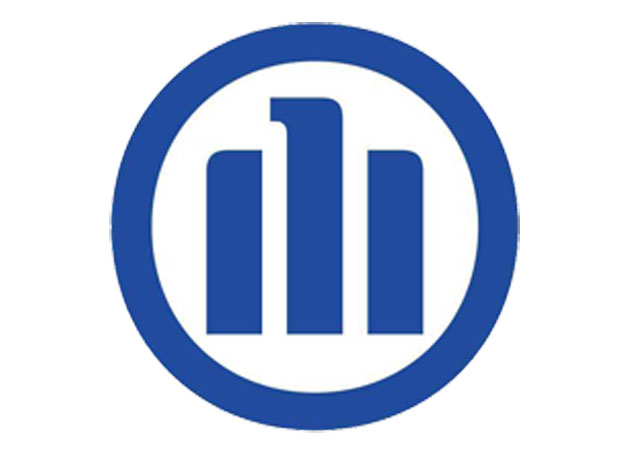 Although the number of losses remained stable year-on-year, declining by just 3% compared with the previous year (88), 2015 was the safest year in shipping for a decade. Losses have declined by 45% since 2006, driven by an increasingly robust safety environment and self-regulation. However, disparities by region and vessel-type remain.

In 2015, East and West African coasts saw losses of six ships bringing the tally of vessels lost between 2006 and 2015 to 94. “Shipping safety and security remains a challenge on the continent due to historic underdevelopment of the maritime industry. AGCS Africa expects an increase in losses as the industry acquires more ships in line with the African Union’s Agenda 2063, which has prioritized the marine economy as a major contributor to growth within the continent. The insurance industry will continue to play a key role in protecting and growing marine insurance risks on the continent,” said Allianz Global Corporate & Specialty Africa Technical Underwriting Manager Mark Govender.

More than a quarter of all losses occurred in the South China, Indochina, Indonesia and Philippines region (22 ships). Losses increased year-on-year, unlike other major regions.

Cargo and fishing vessels accounted for over 60% of ships lost globally, with cargo losses up for the first time in three years. The most common cause of total losses is foundering (sinking), accounting for almost 75% of losses, up 25%, and often driven by bad weather.

There were 2,687 reported shipping incidents (casualties including total losses) globally during 2015, down 4%. Activity is spread across all days of the week, although Thursday sees the most incidents and Saturday the fewest. The East Mediterranean and Black Sea (484) remains the top incident hotspot. Three vessels share the accolade of being the most incident-prone – a ro-ro in the Great Lakes region, a hydrofoil in the East Mediterranean and Black Sea and a ferry in the British Isles – with 19 incidents over the past decade.

While the long-term downward trend in shipping losses is encouraging, the continuing weak economic and market conditions, depressed commodity prices and an excess of ships are pressurizing costs, raising safety concerns. AGCS has seen an increase in frequency losses over the past year which can likely be attributed to some extent to this environment.

“The economic downturn – and its impact on the shipping sector – is likely to have a negative impact on safety,” says Captain Rahul Khanna, Global Head of Marine Risk Consulting, AGCS. “Many sectors, such as general cargo, bulk and offshore, are already challenged and any drop in safety standards will be a serious case for concern.” It is critical that economic pressures do not allow a “put it off until later” safety mentality to develop, AGCS experts warn. Some shipowners are already stretching maintenance to longest possible intervals while others are laying-up vessels. “Reactivation of these vessels to a market that has moved on technologically may result in a painful exercise. There is a need for standardized lay-up procedures,” says Captain Jarek Klimczak, Senior Marine Risk Consultant, AGCS.

As well as impacting investment in vessel maintenance, cost pressures can impair crewing conditions, passenger ship safety and salvage and rescue. AGCS has seen an increase in fatigue-related insurance claims over the past decade. With crew numbers already often at their lowest possible level, and a future staffing shortage anticipated, longer shift patterns could exacerbate this issue. Meanwhile, training remains below par in some areas, such as electronic navigation, which should not be seen as panacea but as a complementary tool.

Although significant progress has been made in passenger ship safety, concerns remain, particularly around non-international voyages. Some parts of Asian domestic trade remain years behind international standards, as evidenced by a number of recent domestic ferry losses in South East Asian waters. Profit pressures mean scheduling maintenance can be challenging.

The appetite for ever-larger container ships has seen cargo-carrying capacity of the largest vessels increase by 70% over 10 years to 19,000+ containers. Two “mega ships”, the CSCL Indian Ocean and APL Vanda were grounded in February 2016, raising questions about a more serious incident. There are concerns commercial pressures in the salvage business have reduced easy access to the salvors required for recovery work on this scale. The industry may need to prepare for a $1billion plus total loss scenario.

The report also notes that exceptional weather events are becoming more commonplace, bringing additional risks and disruption to supply chains. This year, the effect of a “super” El Niño is expected to lead to more extreme weather conditions. Meanwhile, bad weather was a factor in three of the five largest vessels lost last year, including the El Faro, one of the worst US commercial maritime disasters in decades. “The fact that superstorms are causing ships to sink is concerning,” says Sven Gerhard, Global Product Leader Hull & Marine Liabilities, AGCS. “We are seeing more and heavier natural catastrophe events. Weather routing will continue to be a critical component to the safe navigation of vessels.”

The shipping industry’s reliance on interconnected technology also poses risks. Cyber risk exposure is growing beyond data loss. There have already been a number of notable cyber incidents and technological advances including the “Internet of Things” (IoT) and electronic navigation means the industry may only have a few years to prepare for the risk of a vessel loss. “Pirates are already abusing holes in cyber security to target the theft of specific cargoes,” says Captain Andrew Kinsey, Senior Marine Risk Consultant, AGCS. “The cyber impact cannot be overstated. The simple fact is you can’t hack a sextant.”

For the first time in five years piracy attacks failed to decline in 2015[1]. South East Asia attacks rose, accounting for 60% of all incidents. Attacks in Vietnam surged year-on-year. However, progress continues to be made in Africa with incidents down in West and East Africa, although the risk remains high.

Other risks identified in the report include:

Lower emissions safety threat: There have been unexpected safety implications from the shipping industry’s drive to reduce emissions, resulting in power issues related to rising use of ultra-low sulfur fuel. AGCS has seen an increase in machinery claims related to fuel.

Arctic casualties rising: There were over 70 reported shipping incidents in Arctic Circle waters during 2015 – up almost 30% year-on-year, the highest in a decade. The incoming Polar Code is welcomed, but safety questions remain about best practices and clean-up.

Climate change and lack of sanitat...