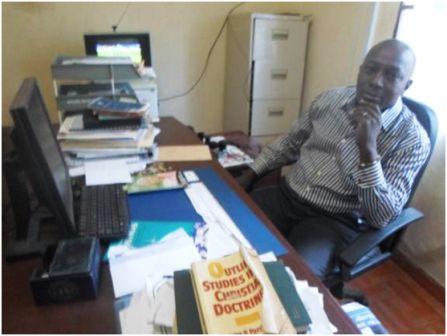 March 19 (SLENA) – The first phase of President Koroma’s Post-Ebola Recovery and Transition Programme will end March 31 followed by the second phase of 10-24 months which is expected to kick off in April 2016. By all indications, the 6-9 months recovery efforts have seen significant improvements in the key priority areas of health, education, social protection and private sector across all fourteen districts in the country.

Under the health sector, for example, majority of the districts have benefited immensely from the construction of temporary triage and isolation facilities  in major hospitals and PHCUs to permanent structures in community health centres in the effort to meet infection prevention compliance; ongoing intensive disease surveillance and monitoring; improved WASH facilities in peripheral health centres; districts-wide vaccination and intensive support for EVD survivors among several others. The education sector on the other hand continues to make remarkable strides in key areas such as  payment of school subsidies for exams and fees nation-wide, training of teachers on core content to promote accelerated learning, intensive social mobilization at district and chiefdom levels to ensure sanitation, safety guidelines and protocols are routinely followed, with an uninterrupted support for vulnerable children up and down the country. The back-to-school programme has also attracted several  lactating girls who are now benefiting from extra lessons three days a week, following the training of over fifty teachers in each district to support young girls develop confidence, and to be able to return to mainstream education. To date over one thousand lactating girls have returned to mainstream education across the country.

The Ministry of Agriculture and Food security together with the Ministry of Trade have been reaching out to communities to support farmers and petty traders as part of the effort to expand the private sector. Majority of the farmers in the country have received seed rice and fertilizers, and thousands of kilometers of feeder roads have been rehabilitated in various parts of the country. Loans to farmers are being provided either in the form of seeds or cash, and some of the farmers have in turn, as in the case of Moyamba, began paying back the loans during this year’s harvest. Training of farmers for the cultivation of inland valley swamps (IVS) have been conducted across the country, and intended to expose them to improved agricultural practices and maximize their annual yields. In another development, Moyamba district, for example, has over 50 hectares of cassava multiplication sites that have been implemented as part of the recovery programme in various communities targeting fifty farming groups. The ministry of Trade and Industry in addition has targeted over twenty thousand Ebola affected petty traders across the country providing them grants and loans through DFID. Tens of thousands of vulnerable people across the country have benefited from assistive packages that include food and non-food items as well as psycho-social support from the ministry of social welfare.

The Ebola virus disease survivors form a larger number of the most vulnerable group who continue to receive support from various partner agencies including World Vision, Plan International, ACF and several others in all fourteen districts across the country. These target groups continue to have unrestricted access to free health care, counseling, psycho-social support. Income support is part of the 26 key outcomes under social protection and support is provided by the National Commission for Social Action (NaCSA) for Ebola affected families and young and other vulnerable people.

Sierra Leone has indeed come through a rugged road from the moment the country was almost shut down by the Ebola outbreak to the recovery phase. It is true that most of the outcomes set out under each of the four priority areas were not fully implemented given the time line of the first phase. The 26 outcomes outlined as key performance indicators (KPIs) in the recovery plan are essentially the areas President Koroma has prioritized to be implemented during the 6-9 months. Of course, one cannot rule out the challenges a maiden initiatives of this kind will face which include lack of coordination and collaboration at all levels, and lack of accountability on the part of some of the implementing partners to provide accurate and credible data of their activities. Meanwhile it is hope that these issues will be addressed during the second phase of 10-24 months that would make it possible to improve our service delivery in general, and to ensure a full implementation of President Koroma’s vision for a country that can boast of a better health system, adequate provision of basic needs including water and energy, a well -developed educational system, sustained support for the vulnerable and improved  farming practices, adequate food production and good governance among others. Such initiatives however require a collective effort from all sides in the same way we fought the Ebola outbreak. The resilience with which we fought this war must not diminish to sail us through in achieving the desired outcomes of our post-Ebola recovery that would eventually align with our development framework-Agenda for Prosperity. The opportunities that have emerged from the devastation of the Ebola outbreak including the surge of resources, among others, will undoubtedly improve our health, education, economic and social structures, if we stand and work together as a people  irrespective of  political or social differences.