Audit service made 935 recommendations in 5 yrs

Audit service made 935 recommendations in 5 yrs

Audit Service Sierra Leone (ASSL) has disclosed in its Auditor General’s report on the Account of Sierra Leone 2014 Assessments and Follow-up on Recommendations (2010-2014) that about 935 recommendations were made for selected Ministries, Departments and Agencies (MDAs).

The follow-up recommendations (2010-2014) exposed an insignificant increase in percentage of improvement from the Freetown City Council (FCC), The Office of the President, Ministry of Finance and Economic Development (MoFED), and the Ministry of Mines and Mineral Resources.

The assessment and follow-up on s (2010-2014) identified a clear pattern of repeated observations across all the audit entities they received.

The report also observed that the areas of repetition relate to basic tenets of Public Financial Management and Compliance with the laws of Sierra Leone.

Derelictions of duty by public officers in question are largely in the areas of cash management and internal control, compliance with procurement laws and regulations, basic records management of an administrative and finance nature and protection of assets.

Currently, Gavi, the Vaccine Alliance has invested heavily in Africa, supporting 70% of countries on the continent (38/54 countries). As more African countries attain middle-income status, they will not be eligible for support from Gavi. This means that they will have to make preparations to finance immunization activities from their own national budgets.

There is growing evidence of the economic and social benefits of immunization. In addition to immunization’s potential to save lives. Research suggests that meeting the projected costs of national immunization programs is worth 16 times the original investment. At the community level, avoiding the costs associated with a vaccine-preventable disease can help keep whole families out of poverty.

The report has informed a ministerial declaration that will be open for signatures during the conference in Addis Ababa, Ethiopia. The declaration honours the progress of recent years, while also committing to universal access to immunization and strengthening of vaccine delivery systems. After the conference, the declaration will be presented to the Assembly of African Head of States and Governments at the 26th Summit of the African Union, to be held in June 2016. 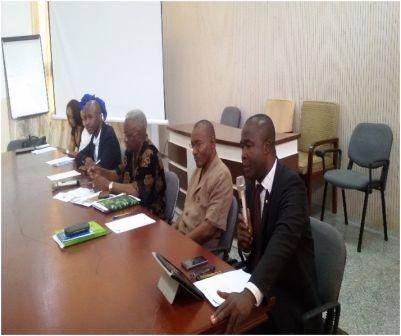