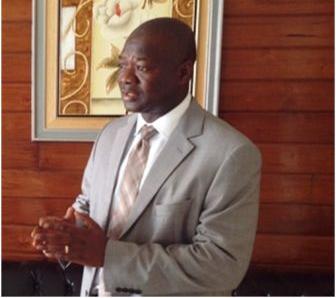 The Minister of Finance and Economic Development, Dr. Kaifala Marah, at the weekend took thousands of plantain and banana suckers to his farm in Koinadugu District, Sierra Express Media can authoritatively reveal.

He lauded the Finance the Minister for such venture and described his action as a justification of co-operative existence, noting that if people seek help from someone who is interested in doing that for which they need help, they should just throw a party as Dr. Kelfala Marah will be the first Government Minister to register to them for the organic production of plantains and bananas.

Responding why other Ministers are not interested, the Secretary General said not all educated affluent Sierra Leoneans like doing farming but Dr. Mariah has farmers in Mogauba.

Mr. Lebbie furthered that he is ready to help Ministers on the condition that they are registered with the Co-operative, noting that it is costly to establish and maintain an organic farm.

He encouraged all and sundry to come onboard to help the Cooperative and the Government in the fight against hunger and poverty.

Birthday Greetings to Francescia A...

A Legacy of Peace Corps Service in...