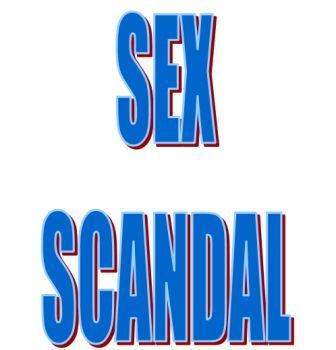 The Freetown City Council (FCC) Metropolitan male officers deployed at the Eastern Police Clock Tower are alleged using the interior of the structure as rendezvous for making love to women and under-aged girls.

The allegation was leveled against the officers last Thursday in a meeting between the Sierra Leone Legal Aid Board and members of the United Indigenous Commercial and Petty Traders Union, Concerned Traders Union and Abacha Youth Development Traders.

One of the traders, Mariatu Kamara, explained instances where some Metropolitan officers have used the interior of the clock tower to have sex with women and under-aged school girls, adding that some girls have been deflowered inside the clock tower while others have been impregnated there.

She explained how a Metropolitan officer sexually abused one of her daughters inside the clock tower until she got pregnant, adding that the officer secretly took her daughter for an abortion when he realized that a legal action was about to be taken against him.

Similar allegations were raised by many other petty traders at Sani Abacha Street but the meeting did not entertain the sex scandal issue that was hovering over the FCC Metropolitan officers deployed at the Eastern Police Clock Tower.

In her Welcome address, however, the Executive Director of Sierra Leone Legal Aid Board, Mrs. Carlton-Hanciles, noted that traders are not criminals and should not be treated as one. She called for legal education among traders.

Development Director of the United Indigenous Commercial and Petty Traders Union, Mr. Ibrahim Sesay, thanked the Legal Aid Board for bringing justice to their doorsteps which he said could benefit impoverished Sierra Leoneans nationwide.

He emphasized that petty traders have always been playing pivotal role in the economic growth of the country.

Mr. Ibrahim Sesay thanked the United Kingdom Department for International Development (DfID) for providing micro credit for traders operating micro Institutions in the country, though he noted that the loan conditions are not favourable for many petty traders who deal in perishable goods.

He complained of the incessant arrest of petty traders by the Sierra Leone Police (SLP) and FCC Metropolitan personnel which he described as hindrance to their legitimate business.

Mr. Sesay called on the Attorney General and Minister of Justice Joseph Fitzgerald Kamara Esq. to prevail on the security personnel to see reason why they should not be always arresting petty traders in droves.

He questioned the non-enforcement of the 1969 Citizen Trade Act which does not mandate non-citizens to operate as wholesalers and at the same time as retailers.

The National President of Sierra Leone Market Association, Mr. Osman Tarawally, argued that despite traders contribute Le10 million daily to the FCC in terms of market dues and other forms of taxation, yet the council has not provided standard markets that would accommodate the one million traders in the capital.

He blamed the rampant arrest of petty traders on the Regional Commander of the Western Area East District, AIG Memuna Konte Jalloh, who he said has acrimonious relationship with the traders.

Mr. Tarawally charged that the arrest of petty traders is on the increase while the delivery of effective justice system is on the decrease.

He expressed his disappointment over Mayor Franklyn Sam Bode Gibson’s silence over AIG Memuna Konte Jalloh’s daily arbitrary arrest of petty traders who are contributing enormously to the revenue of the council.

Chief Alimamy Kossoh of Patton Street opined that the launch of “Operation free flow” by the SLPP Government was largely responsible for the downfall of petty traders, adding that both AIG Memuna Jalloh and the FCC always disrupt their businesses which he said has made most of them handicap to pay back their micro credit loans.

Responding to the issues raised by traders, the Attorney General and Minister of Justice, Joseph Fitzgerald Kamara, thanked them for attending the meeting and assured that he would make effort to get the versions of FCC and the SLP.

The Attorney General also promised to engage the Ministry of Trade and Industry on some of the issues they raised after he would have delivered their message to President Dr. Ernest Bai Koroma.