50/50 Group Sierra Leone and other women’s organisations in the country on Monday 1st February, 2016 presented a sixteen-point document to Members of Parliament at Committee Room No.1 on the moral and factual cases for Safe Abortion Act.

In her presentation, the President of 50/50 Group Sierra Leone, Madam Isha Fofanah Ibrahim, urged lawmakers not to move from their positive initial stance on enacting the Safe Abortion law which she said would reduce poverty as reproductive choice protects women from financial resources to support a child.

She noted that majority of women having unsafe abortion around Africa are impoverished.

According to Isha Fofanah Ibrahim, “Our body, our right, personhood of the baby states that a foetus does not become visible or gain personhood and become capable of existing outside of the womb until at least 24 weeks pregnancy,” hence the reason most countries like South Africa, USA and the United Kingdom permit abortion up to 24 weeks period of pregnancy.

She argued that irrespective of our religious or moral objections to abortion, if a doctor finds out that keeping a pregnancy may lead to the death of a woman, or someone gets pregnant after being raped or after being the victim of incest would have serious moral and health effects.

The President stressed that the right thing to do is for the woman to have a safe choice as to whether to keep the pregnancy or not, noting that the Safe Abortion Act simply states that in these extreme situations, women and girls should exercise the right in a safe and legal way.

Madam Isha Fofanah Ibrahim also said hundreds of women have died in Sierra Leone as a result of unsafe abortion, noting that the Act promotes abortion instead of going to quacks which simply gives women and girls the opportunity after counselling to choose legal and safe abortion in designated regulated centres that will unquestionably save many lives. She recalled that just six years after South Africa reformed its laws to make abortion safe and legal, deaths from unsafe abortion reduced by 50%.

Study conducted by the Ministry of Health and Sanitation (MoHS) indicates that Government spends US$230, 000. 00 annually on treating post-abortion cases that are carried out by untrained, unqualified and unregulated quack doctors.

The same study also established that the Government of Sierra Leone would save at least US$121, 000. 00 if safe abortion is provided.

The study argues that safe abortion helps the poor and that with illegal abortion it becomes unavailable through legitimate means in public hospitals at affordable cost. Medical practitioners therefore charge high premium to perform what they refer to as the “secretive and illegal service.”

The study furthered that poor people merely resort to cheaper, inferior and often unsafe service at the mercy of quacks, resulting in huge health risks including sometimes death. Therefore, making abortion legal will ensure it is provided in public hospitals, regulated and at a cost that will be available to all as it saves the state money and helps poor people.

Women groups are of the strong conviction that the safe abortion law will protect both women and girls from abuse as studies have found that women unable to obtain safe abortion were more likely to stay in an abusive relationship than women who had abortion, noting that such women are more likely to become victims of domestic violence but providing women with the cogent option will contribute to reducing abuse and exploitation.

They are also strongly convinced that safe abortion will increase safe and regulated service, arguing that at present lot of abortion is happening in the country, hence the need to make it legal to increase their chances of making them safer and regulated.

The study also justified that qualified doctors at public hospitals denying the service to their clients will now be free to do so in a safe, legal, accessible and regulated context, noting that it will definitely increase access, promotes safe and legal abortion, and save them money that they can use to increase their services that provide the procedures around the country, as plans are underway to provide accelerated surgery training for nurses and other medical officers to respond to the current dearth of doctors, including training in providing safe and regulated abortion thereby contributing to increasing the service.

They also view that banning abortion does not stop the practice as it can only lead to unsafe and unregulated abortion.

9 for APC symbol in Constituency 0... 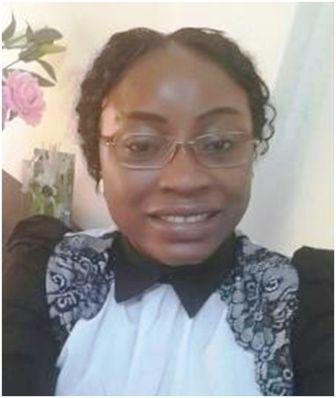 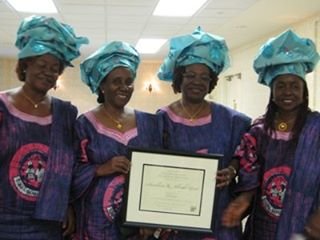