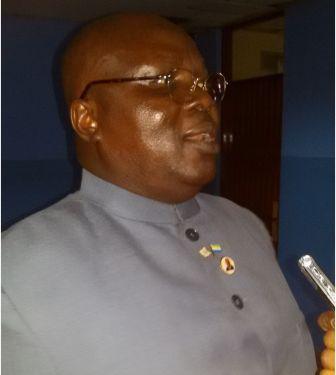 According to observations, the Bill in question was enacted and passed into law without being debated in Parliament let alone any contribution made by a Member of Parliament.

This development surprised the lawmakers including the Chairman of Committee on Transport and Aviation, Hon. Alpha Baba Tunde Lewally.

In his presentation, Mr. Leonard Balogun Koroma informed Parliament that the Government of Sierra Leone had been embarking upon serious business reform strategy programme of activities of the Sierra Leone Ports Authority (SLPA) to improve the efficiency, productivity, customer service delivery, capacity building and overall financial and operational performance at the SLPA.

The Minister emphasized that Government’s desire and interest is to enhance and promote investment and private sector development participation to transform the country into a regional centre for processing, manufacturing, assembly and distribution in West Africa as anticipated huge volumes of export and imports handled at the Queen Elizabeth II Quay in Freetown increase.

He said the handled anticipated growth in traffic will result from such increase in volumes, noting that the concessionaire process to design engineer and construct a new Deep Water Quay of 270 meters as well as a new berth with a depth of water of minus 13 meters that could accommodate large container vessels. Mr. Koroma also noted that it will also attract investors to invest in the purchase of new equipment including tow ships to shore gantry cranes and four RTG’s rubber tire gantries.

He stated that the agreement will ensure equity share to the Government of Sierra Leone and Freetown Terminal Holding Limited to enter into a share subscription agreement setting items of conditions and services in which Government becomes an equity owner of 20% issued share capital of the concessionaire.

The Minister also disclosed that they have clarified undertakings of the concessionaire in relation with the construction of the new berth Deep Water Quay at the Westside of the quay and the provision of new equipment.

He also noted that a total investment proposed by Bollore was increased from US$122 million to a total of US$ 242 million including phase 1 while phase 2 investments of US$120 million has already been implemented.

Mr. Koroma reiterated that an initial investment of US$120 million construction and equipment of the new berth and US$87 million in civil work as well as equipment of 30ft equivalent units exceeded.

He further maintained that the initial term of the Concession Agreement was twenty years whereas Bollore proposed another twenty years totalling forty years, adding that it was rejected but were able to reach a final concession agreement for a period of ten years in addition to the twenty years.

The Minister further disclosed that before this time there had ever been an existing agreement or review clause that had put modalities in place for the agreement to be reviewed and looked into every five years as obligations of parties as there were no monitoring committees set up.

He however noted that eight members were agreed to monitor with four representatives from the Concessionaire and four from Government including the National Commission for Privatization (NCP), the Ministry of Finance and Economic Development (MoFED), Ministry of Transport and Aviation (MTA), and the Sierra Leone Ports Authority (SLPA) for proper monitoring mechanism.