MDGs: An assessment of Africa’s progress 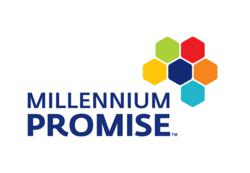 MDGs: An assessment of Africa’s progress

In just two decades, primary school enrolment in two of the world’s poorest countries — Niger and Burkina Faso — increased from 20% to more than 60%. Despite this encouraging trend, both countries are rated as having failed to reach the Millennium Development Goal (MDG) of universal primary education by 2015.

Over the years, the lack of an appropriate yardstick to monitor progress in poor countries’ development programmes has often been criticised by experts.

As the MDGs come to a close, some experts believe the global community needs to be aware that the assessment process was unjust to Africa and that progress made by countries such as Burkina Faso and Niger ought to be recognized.

“It took the United States over a century to make the transition from Burkina Faso’s current enrolment rate to universal primary schooling,” noted Michael Clemens and Todd Moss, senior research fellows at the Centre for Global Development, a US-based think tank, in their paper, What’s Wrong with the Millennium Development Goals?

Long-time critics of the MDGs, Mr. Clemens and Mr. Moss asked: “Would it not energize the development community more to celebrate Burkina Faso’s performance than to condemn it as disaster?”

Countries are classified as either “on track” or “off track” in a non-linear way  with countries at various stages of development, notes the paper. The authors found that depending on the indicator, up to 46% of poor countries for which sufficient data were available “have registered better-than-expected progress on some MDG targets, even though they are not ‘on track’ to meet them.”

“This country-level application (of global targets) has been problematic in some cases and promotes a misperception of real progress made,” the authors asserted. “Applying the same targets to all countries suggests similar efforts will result in similar ‘gains’ across different countries. But our analysis – alongside that of others – shows progress is rarely linear: improvements in people’s lives across different dimensions occur at varying rates across countries. For some MDG targets, progress has been faster for countries further from a target; for others it has been slower.

New York University professor and economist William Easterly has argued that making the first MDG about halving poverty by 2015, compared to its level in 1990, “biased the campaign against Africa in the sense that it was much more likely that Africa would ‘fail’ than other regions, for two reasons.”

First, in his influential 2007 paper, How the Millennium Development Goals Are Unfair to Africa, Mr. Easterly is critical of the choice of 1990 as the baseline year (the MDGs campaign started in 2000) when economic growth in Africa was particularly poor.  “This means that countries and regions are judged not only on their progress during the campaign, but also for progress made (or not made) before the campaign started,” he said.

Second, Mr. Easterly argues, the decision to make reduction in poverty a goal places more weight on economic growth as a driver of poverty reduction (a trickle-down effect) than on efforts to improve the incomes of those already living below the poverty line. Mr. Easterly finds bias against Africa in setting the target for each of the MDGs, such as claiming Africa has failed to reduce maternal mortality by two-thirds, despite the lack of reliable data indicating this.

Many of these critiques are well-known and have been documented by various researchers over the years. The criticism has influenced the monitoring of the progress of the MDGs, leading observers away from simply noting that “Africa is off track” to a more nuanced approach, one that considers the level of progress of each country in its own specific context.

According to the MDG 2014 report, Assessing Progress in Africa toward the MDGs, African countries have made some progress towards achieving the MDGs despite difficult initial conditions. Thirty-four out of the 48 countries that are classified as least developed countries are in the Africa region.

“Producing country case studies to better understand both the level of progress achieved and the specific factors that have driven it is crucial,” notes Susan Nicolai, head of the Development Progress project at the Overseas Development Institute. The institute has produced 49 case studies exploring the progress different countries have made over the past two decades and what lessons can be drawn for the global community.

Following the adoption of the 2030 Agenda for Sustainable Development at the end of the MDGs process in September, ODI’s Ms. Takeuchi noted that the process of developing this new set of goals had “been much more inclusive, both in terms of bringing the voices of different countries to the table but also of different groups within countries.” She cites as an example MyWorld2015, a global survey conducted by the UN to gather the views of over 7 million people “from around the globe on what they think would make their lives better in the next 15 years.” The survey results were communicated to the Sustainable Development Goals (SDGs) negotiators through civil society.

Discussions on setting indicators to measure progress on the 17 SDGs are still continuing, says Ms. Nicolai. The need to use country-specific indicators to show progress is feeding into the discussions. If a country establishes its own parameters of development, it will require strong incentives to push itself towards excellence.

Financing sustainable development Ms. Takeuchi reckons that surveys such as MyWorld2015 can be powerful tools in ensuring national targets are in line with national priorities.  “Data is another great incentive. We now have much more data to track progress than we did in 1990 (although my colleagues at ODI have shown that there are still huge gaps) and we can use it as an input to know what is realistic for a country to achieve.”

Money to finance development is a major requirement as well. Aid played an important part in the MDGs’ implementation. However, unlike the MDGs, the 2030 Agenda for Sustainable Development is universal and is expected to receive global financial support for implementation as spelt out in the Addis Ababa Action Agenda, which was adopted by world leaders at the Third International Conference on Financing for Development held in Ethiopia in July 2015. The Action Agenda emphasises the need to mobilize domestic resources, and lays the foundation for implementing the SDGs. To broaden the revenue base to finance the SDGs, member states agreed to improve their tax collection systems and to combat tax evasion and illicit financial flows. They hope to encourage more private investment and aid for poor countries.

There is no doubt that the international community expects the SDGs to benefit from the invaluable lessons learned from implementing the MDGs.

By Jaspreet Kindra and Juliet Wasswa-Mugambwa, Courtesy of Africa Renewal

End of the Ebola Outbreak! The New...

Between despondency and hope in Mo...