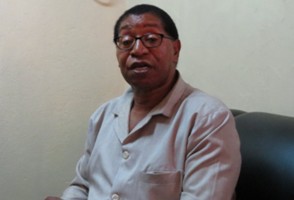 The Public Relations Officer of the company, Mr. Lansana Sesay, made this statement yesterday at his New England Ville office in Freetown in an exclusive interview.

He appealed to aggrieved workers of the company to use legitimate channels of expressing their grievances by giving the company a 21 day notice through their union before embarking on any strike action. He maintained that even though they have the legal and moral right to mount strike action they should ensure that it does not disturb the operations of the company nor force other worker to join them if he or she is not willing to be part of such exercise.

He observed that the law stipulates that any worker after, spending six months as causal, should be considered as a permanent worker and should benefit from all facilities that are due to permanent workers, and that any attempt to dismiss them for no just cause will not be treated lightly as the Ministry will instruct the company to reinstate such a worker.

In another development, Mr. Lansana Sesay told this paper that as a result of the persistent complaints from Sierra Leoneans working overseas about degrading and inhuman treatment meted out to them by their employers the Government of Sierra Leone has placed a ban on all recruitments for oversea employment until further notice.

Campaigners call on Government to...

Save the Children International save liv...