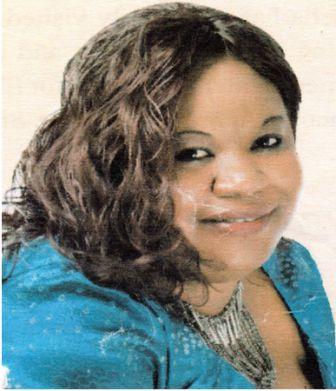 The President of the female musicians in Sierra Leone, Mrs. Cordelia Jean Mariam Sankoh, has vowed to bring high standards among women in the entertainment industry by leading them to complement the efforts of other women groups into self reliance and dignity in womanhood. (Photo: Mrs. Cordelia Sankoh President, Sierra Leone Female Musicians)

In an interview with this newspaper, she disclosed that her leadership has of recent times made a historical impact on their membership across the country.

She disclosed that the launching of the Women! Yes We Can magazine supported by Airtel, KADCO, DHL and Sierra Rutile among others has proven that women can do great works in the society.

“My executive is working closely with the office of the First Lady of the Republic of Sierra Leone and State House including other social cooperate houses that will help in our planned activities,” she disclosed.

She explained that the role of musicians in public life will create better national economic growth, stability, peace and development.

She further revealed that since her election in November last year, she has done a lot of work to bring respectability to female artists.

She also revealed that in 2013 won the Presidential Golden Award and that she was the first singer contracted by the Sierra Leone Red Cross Society to produce a song on how to avoid contracting the Ebola virus, a song, which she said was used to advocate in Liberia and Guinea before the outbreak of the disease in Sierra Leone.

She said that her group supports President Ernest Bai Koroma’s Agenda for Prosperity and the work of the First lady Mrs. Sia Nyama Koroma.

She called on the people of Sierra Leone and the international community to support the Sierra Leone female musicians to help them achieve their objectives.

Herbalist under investigation for...