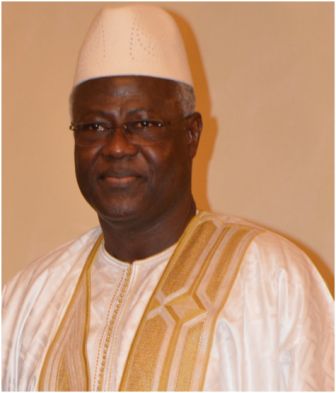 Sierra Leone’s President has joined world leaders to commiserate with the Saudi King, the Government and People of Saudi Arabia and the bereaved families of the victims of both tragic crane collapse in Mecca and the stampede in Mina.

In his condolence message to the Custodian of the Two Holy Mosques, His Majesty, King Salman bin Abdulaziz Al-Saud, His Excellency, President Dr. Ernest Bai says he was greatly saddened by the news of both tragic incidents which claimed many lives of pilgrims and left others injured.

“On behalf of the Government and People of the Republic of Sierra Leone and, on my personal behalf, I wish to convey heartfelt sympathy and condolences to you and through you, to the peoples of the Kingdom of Saudi Arabia and all the affected Nations and the bereaved families,” portion of President Koroma’s letter to the King reads.

The President prayed for the Almighty Allah to grant the faithful departed paradise and speedy recovery to the injured. He also prayed that the Kingdom of Saudi Arabia and all Nations visiting it for religious purposes or otherwise would be protected from any awful incidents or disasters in the future.

It would be recalled that a massive construction crane crashed in the Grand Mosque of Mecca on Friday, 11th September, 2015 and the Saudi authorities say the incident left at least 107 people dead and injured about 238.

And two weeks later, the authorities also reported the death of 769 pilgrims and over 863 others injured when a stampede broke out in the tent city of Mina about 5km (3 miles) from Mecca; as pilgrims were on their way to perform a Hajj ritual.

Nanette Thomas delivers one of the...

VP Foh be aware of enemies of prog...