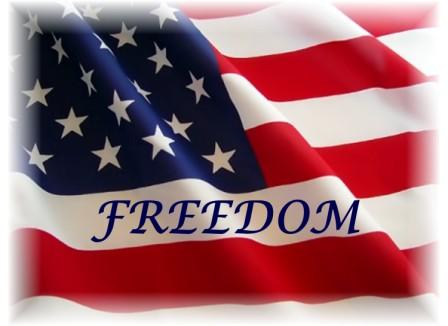 The Confederate flag, a Civil War –era banner was removed entirely from the South Carolina Statehouse, recently. It followed the death of nine black church members at the hands of Dylann Roof, a white man that was photographed with the confederate flag. He has since been charged with what many call a “hate crime”. Since the birth of modern day America, there have been three successive national flag designs that have been used as the “flags of the Confederate States of America”. That was before the country was eventually baptised as the United States of America. The first national flag was “The Stars and Bars” (1861-1863), which was similar to the U.S flag (“the stars and stripes”), but this was vehemently opposed when the American Civil war broke out. The government of the confederacy in southern states saw the U.S flag as a symbol of “abolitionism and emancipation”.

From 1863-1865, “The Stainless Banner” was designed by a newspaper editor, William T. Thompson. The nickname “stainless” referred to the pure white field and Thompson referred to his design as “The White Man’s Flag”. In April 23, 1863, William T. Thompson wrote in the Daily morning News that the colour symbolised the “supremacy of the white man”. He explained that “As a people we are fighting (to-sic) maintain the Heaven –ordained supremacy of the white man over the inferior or coloured race; a white flag would thus be emblematical of our course”. Thompson expressed his delight when his flag was chosen, stating that “As a national emblem, it is significant of our higher cause, the cause of a superior race, and a higher civilization contending against ignorance, infidelity, and barbarism. Another merit in the new flag is, that it bears no resemblance to the now infamous banner of the Yankee vandals.

There has been a lot of incidents involving police and the black community in the USA. Thanks to the use of mobile phones and other photographic apparatus, most of these unsavoury incidents have been beamed, courtesy of the YouTube and WhatsApp syndrome, right into our lounges; in most cases in real time. Last Sunday was the first anniversary of the death of Michael Brown, who was shot and killed by police in Fergusson. The protests that followed such a gathering was predictable, and the scenes that day was a clear reflection of the chasm that exists between ethnic minorities and the police. This distrust is not a monopoly of the Fergusson area but nationwide.

Unfortunately, the default position of any black person dying at the hands of the police, whether on the road, a police cell or elsewhere carries a default verdict that it was unlawful; even before the facts have been established. It is unquestionable that the distrust is palpable. But what can America do to change this kind of atmosphere? It will take a monumental overhaul of seismic proportions of social engineering to rejig the society. This is no Eureka moment and it is not an attempt to provide a magic formula for a solution. America is a massive country and has its own share of ironies. But perhaps we can start from how the press perceives and disseminates its news coverage. They say that words have meanings only in context. In America, two people can commit the same crime, but their backgrounds seem to determine how they are reported, the charge or definition of the crime. Dylann Roof, a white man that killed 9 black church members was charged with “hate crime” and called a WHITE SUPREMACIST. This guy was fed on a balanced diet of KKK and confederate hate ideas. A non- white person shoots 5 people in a cinema hall or some social gathering? He is called a TERRORIST. Fairplay.

You wonder why the difference in terminology. These two kill and spread fear and terror among their victims. They share a common denominator of HATRED, which makes up their DNA. With the exception, of their backgrounds, there is nothing that separates them. Sadly, the press choose to play with semantics; as if that makes the other a lesser evil. That is how America can be ironic and contradictory in terms. But the real irony was clearly demonstrated when the confederate flag was taken down. To all intents and purposes, just as the flag itself was a symbol of human tragedy, the lowering of the flag was a symbolic rejection of that part of American history. Those on the other side of the fence will see it as a denial of their history; and we know that “history is a cyclic poem written by Time upon the memories of man. (Percy Bysshe Shelley). People are sometimes trapped in history, and history is sometimes trapped in them; unfortunately in this case.

The question Americans should be asking themselves is how much of the flag lowering going to reduce such unfortunate events? America is fundamentally burying its head in the sand, and the default mode is denial with the constitutional as insulation. America boasts of its “Constitutional Right to Bear Arms”; a right that is as old as America itself. It is unfortunate that the right to bear arms as defence, is sadly interpreted by some as the right to kill other defenceless victims. The irony is, one man’s right to bear arms deprives another the right to life.   But until lions have their historians, tales of the hunt (by the press )shall always glorify the hunters.  Some will say that if you join a carnival for monkeys, you shouldn’t be surprised if a tail rubs against you. This” right to bear arms” is so widely misused that even those that are legally allowed, by virtue of their job description to carry and use arms (police, security), are now subjected to more scrutiny. From the comfort of my armchair, it is easy to see how emotionally charged police encounters with the public can be. Take a peek at “World’s weirdest police chases”, a TV programme.

Will America take the bull by the horn and ban these weapons? Not in this life time and not if the politicians have anything to do with it. It is no secret that the gun lobby is a major player in the king making process in America. Now that the confederate flag has been taken down in some parts of America, will the press do the decent thing and stop referring to these people as “white supremacists”? It may sound naïve to expect the press to follow suit, but this could help psychologically. For someone to feel superior to another one, by virtue of a combination of X and Y chromosomes is unquestionably bordering on the ignorance. If half of the effort that was put into getting the Confederate Flag down is applied to the gun issue, what would happen? Is America barking at the wrong tree here or what?