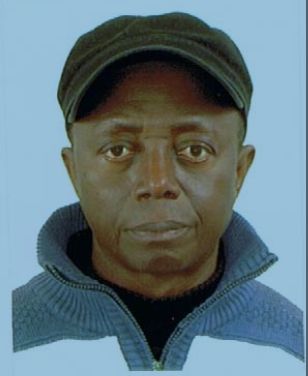 Sometimes one may not want to dwell much into the current political situation in the country at this point in time, because there is time for every purpose. Therefore, some of us have made up our minds to put down our political pens and laptops for the time being and wait for time to come, especially who SLPP is going to choose as party presidential candidate. To challenge President Ernest Bai Koroma APC presidential choice comes 2018 presidential and parliamentarian elections.  Photo: Tony Bee, author

Because there are many issues in the country that worth talking or writing about for now rather than politics, such as Ebola survivors issue, how we as Sierra Leoneans will immensely contribute in rebuilding their lives, how we can also contribute to the agricultural sector in order to increase agricultural productivities in the country, how we can give our personal contributions to rescue the poor health care system in the country and our role in the country’s national security, how we should also remind government about the reconstruction or maintenance of the dilapidated or unpainted government buildings in the country, especially buildings like daily mail building, law court building, treasury building, police headquarters buildings, hospital buildings, ministerial building at George Street, old Foreign Affairs building and the streets with potholes and the cleaning of them and also the painting of ZEBRA CRSSING, traffic signs by authorities concerned and how the corruption fight should not be a matter of government alone.

In view of that I personally decided not to write or talk much about the current political events in the country for now, till I see the choice of SLPP presidential candidate for 2018, elections. But many well-meaning Sierra Leonean friends have been asking for my comments on the SLPP current presidential flagbearer dilemma in the country for 2018, presidential and parliamentary general elections. That they need my opinion or comments on some of the prominent contending candidates, particularly on those I think they have done well in terms of the country’s development with more decent outstanding characters.

Because present Sierra Leone political landscape is gradually changing, for instance, character, attitude, behaviour and above all what individual have done for the country are parts of the current political assessment or evaluation process for any political candidates. You have to tell the people what you have done towards the country’s development, including project programs. You have to tell them if you are an industrious Sierra Leonean, looter of the country’s wealth or killer.

In view of that I told them to choose two from those intending to contest for the SLPP flagbearer position in the country for 2018 elections. Some of them said let us assume that the two SLPP-NPRC heavy weight men, Maada Bio and Dr Kandeh Yumkella are the only two candidates that the SLPP have for their party flagbearer position. Who do I think will win the position and also who I think will defeat APC in the parliamentary and presidential elections if one of them becomes the presidential flagbearer for SLPP.

I said ok, Maada Bio and Dr Yumkella are also some of the prominent people in the country, particularly in the Sierra Leone body politics. However, I further told them that my analysis will be short and clear. But I would like some of them and the SLPP as a party to keep a copy of this piece for reference, especially for my prediction, which could be right or wrong.

Firstly I will start with Maada Bio briefly who had been head of state in the country once his chance of winning their party flagbearer position. And I will also look briefly on the possibility and impossibility of his wining or not wining general elections, if he is to be elected as SLPP presidential candidate for 2018. This is my view; anyone can agree or disagree, it’s your right.

Now, Maada Bio is a bit well known by the grassroots people that have the votes because he was a Head of State and he had also contested for the 2012 presidential and parliamentary elections. That has given him a bit of publicity. While Dr. Kandeh Kumkellah is not all that so well known by voters because he had spent more time in Europe working, despite he was one of the senior NPRC government Ministers which Maada Bio was also a senior government officer. And his contribution towards the country’s development programs has not being well publicized, especially to the common voters.

However, for good character and behaviour, especially Dr. Yumkella for his current no violence clean record and developmental projects in the country, I will safely say he stands a better chance than Maada for the SLPP flagbearer position. While Bio for his alleged violence character and behaviour his chance of winning their party flagbearer ship is very slime if not impossible.

However, Knowing SLPP for not always going for a political winning goal but for tribalism and regionalism goal, they may prefer to vote for Maada Bio rather than Dr. Yumkella, because of his south-east background. While the majority of SLPP may not vote for Dr. Yumkella because of his north-western background as I said above knowing SLPP for not choosing candidates based on the good popularity, characters and hard work of individual in the country, as a case in point 2012 SLPP flagbearer election.

However, majority of SLPP members may not vote for Dr Kumkellah because the current Chairman and Leader of SLPP is a Northerner and Dr Yumkella is also from the norther and at the same time He and the current Chairman of the SLPP, Chief Kapen came from the same district, which is Kambia District. Therefore, the possibility for SLPP to allow one district two brothers to control the entire executive powers of the SLPP is very slime, if not impossible as we know them.

And also because of the negative theory that I think SLPP is adapting in their politics in the country that any of their own that may befriend with the ruling APC members or not constrictively opposing APC government, is an enemy to them (mole). In view of that the possibility for SLPP to vote in Yumkella as their party presidential candidate is very slime if not impossible because he has being accused of seen together with President Koroma.

Again, it’s my opinion, if SLPP prefer Maada Bai to lead their party to the 2018 general elections again because of some of the mentioned reasons, surely I will not hesitate to say that they have to go back for another twenty or more years in the wilderness to pick more sense because I think he has no NEW sermon to preach to the people that will make them vote for him as president. Mind you I am not talking about picking sense for bush shaking. If SLPP will allow a repeater in their school, the people will not allow a repeater in their university.

As such, regardless of who APC candidate is, based on President Ernest Bai Koroma’s hard work and love for development in all corners or districts of the country, they will surely going to win the elections clean with another 4,4,4 hands down again, while IF they, SLPP choose Dr. Yumkella as their presidential candidate for 2018, the possibility for APC to win 4, 4, 4 elections will be very slime if not impossible because some of the votes in the north-west will have to go for Dr. Yumkella. Therefore, there will be a possibility for second round voting between APC and SLPP.