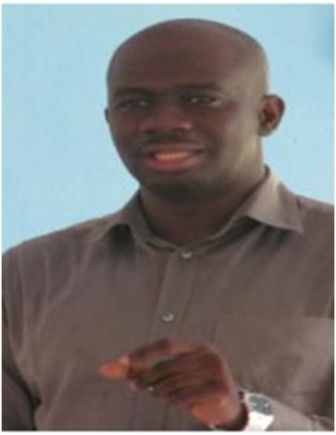 The newly-appointed Coordinator of the West Africa Agriculture Project (WAAP), Sorie Sulaiman Sesay, informed this reporter in an interview that there are several challenges in managing such a big project including the Rural and Private Sector Project involving several stakeholders to enhance food security in the country’s post-Ebola recovery.  (Photo: WAAP Project Coordinator, Sorie Sulaiman Sesay)

The project distributed 65 kilograms of seed rice to farmers which they are expected to repay.

Sorie Sulaiman Sesay disclosed that the Rural and Private Sector Project was established in 2008, that he joined the project in 2009 as Manager and in 2012 was appointed Deputy WAAP Coordinator and in November 2014 Acting Coordinator.

He enlightened that the WAAP project is not only being implemented in Sierra Leone but other West African countries to attain food self-sufficiency in the region.

He also revealed that the seed rice was imported from Burkina Faso, Mali and Togo while another consignment from Nigeria would soon arrive.

Sorie Sulaiman Sesay commended the World Bank for its support and the Ministry of Agriculture, Forestry and Food Security, among other stakeholders, for their support and supervisory role to enhance food security in the country.