Homepages
Your trusted place for Sierra Leone and global news
Trending News
HomeFeaturedAre we better off than we were 54 years ago?

Are we better off than we were 54 years ago? 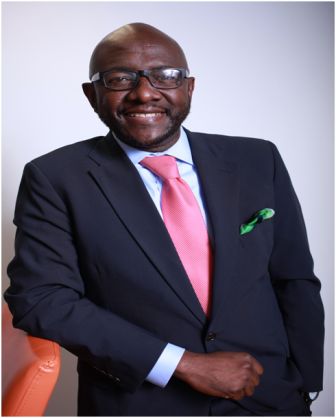 Are we better off than we were 54 years ago?

As we celebrate another year of self-rule and our 54th independence anniversary, we must first thank the Almighty for his grace and glory, Thou has seen us through many turbulent times over the last 54 years.  Furthermore, may our nation continue to be the realm of the free and may we be firmly united as we face the demanding task of nation building.  (Photo: Alpha Omar Jabbie, Atlanta, Georgia, USA)

Currently, our beloved Sierra Leone is going through one of its toughest times since its independence in 1961 fighting the Ebola virus.  The Ebola virus is an enemy that knows no boundaries, no tribe, no region, no political party and no religion.  Fighting Ebola has been a battle our leaders, sadly, are incapable of winning.  Yet, we must still be grateful to our brothers and sisters who continue to show and exercise courage in the battle against Ebola.  This includes courageous nurses, doctors, volunteers and paid staffs, both local and international, who stand the line of fire to help contain this deadly virus.

Fellow Sierra Leoneans, today, as we prepare to “celebrate” another milestone I asked that you ponder on what independence really means for our suffering people.

As we celebrate, we should remember that in Sierra Leone there is a child going to bed hungry because he or she is unable to afford a decent meal.  There are youths who are unemployed with no hope for the future, there are those who are employed, but cannot earn a decent living wage to support oneself.  Our politicians either deliberately maintaining the status quo so they could take advantage of our youth or simply do not have the “know how” to develop and maintain a modern economy that could create jobs for our young people.

As we celebrate, there are no sustainable energy resources such as, electricity and water supply which are a very integral aspect that fuel the engines of development for any nation.  Our road networks that link the western area with the hinterland are generally in dilapidated conditions.  Our educational system is in such a bind that it may not be able support the next generation of leaders.

As we celebrate, we should remember that basic law and order is still not respected in our country.  In fact, the laws that protect and guarantee the fundamental right of every Sierra Leonean have been manipulated in ways that make undermined all principle of freedom, unity and justice.

So, one must really ask “Are we better off than we were 54 years ago?”  And if the answer is yes, then we must stay the course, but if the answer is no, we as a people must come together to initiate a change of direction.  It seems as if our current system of government has not worked since 1971.  In 1971, Siaka Stevens, transformed Sierra Leone into a REPUBLIC which changed his title to an Executive President.  Through methods of manipulation, Stevens was able to gain supreme executive authority of the Republic and bypass procedures which ensured transparency and accountability to the people of Sierra Leone.  Our people thought that Stevens would be a responsible leader because of his background as a trade unionist and the one time mayor of Freetown.  However, within a few years of taking office, he began to consolidate his power and eliminate his rivals in a way that transformed Sierra Leone into a one party socialist dictatorship.  He became very powerful and untouchable and we all know that with absolute power comes inevitable corruption.

To change the trajectory of our beloved country we must find a way to ensure that our political system is ALWAYS accessible and answerable to the people through their elected parliamentarians.  We must also seek to break the vicious cycle for the last 54 years.

As Albert Einstein once said “The definition of insanity is continuing to do the same thing over and over, and then expecting different results,”

Over the past 54 years we have elected leaders who cannot run an effective city let alone a country, their failure in part is due to the lack of proper checks and balance between the three branches of government, especially the lack of proper oversight on the executive branch.  Our democracy, as imperfect as it may be, is our only source of hope for change.  In all honesty, as we celebrate 54 years of self rule, we also celebrate 54 years of mismanagement and abuse by our governments.  Therefore, we must continue to push dialogue that addresses the prominent problems in our current political system.

In July 2013, his Excellency the President, Dr Ernest Bai Koroma launched the Constitutional Review Committee (CRC).  The CRC was created to perfect our democratic process by changing some aspect the Sierra Leone constitution.  In delivering his keynote address, President Koroma urged on all compatriots irrespective of region, district, ethnic, political or religious affiliation, to support, fully participate and take ownership of the entire review process.

As a patriotic Sierra Leonean, I am heeding his call by first suggesting the following:

In other words, with a parliamentary system of government, there will be minimal checks and balances that would have prevented what has happened and continues to plague our people and country over the last 54 years.

Finally, as we “celebrate” 54 years of misrule, economic retrogression and backwardness, we must examine and take a critical look at the two main political parties that have governed our country since independence, Sierra Leone Peoples Party (SLPP) and All Peoples Congress (APC) by asking what sustainable progress and development have they achieved for our beloved people of Sierra Leone?

The last five decades has been the lost decades, we cannot afford to miss the opportunity to start charting a new course and a new direction for the land that we love.  This is our opportunity to stop the old fight of the SLPP and the APC. This is the time to end the North/West and South/East political divide.  It benefits no one but those that seek to benefit from it – corrupt politicians.

Change is hard, it may seem unachievable; but if we are willing to work for it, it will come.  For those who are benefitting from the status quo or seek to benefit from it may not subscribe to anything short of keeping things the way they are now and will frown at an idea of drastic change.

As we put Sierra Leone first in our national endeavors and practice the “Think Sierra Leone first concept” rather than political, regional or ethnic biases, remember the next five (5) decades is our time to redeem and deliver our beloved Sierra Leone from five decades of poverty, corruption, mismanagement, and lack of accountability.

This is our time, this is our moment, we must seize this opportunity to change the future of our country and our generation for posterity will forever judge us if we falter.

May the Almighty continue to bless Mama Salone