Despite Ebola there is hope… the country called Sierra Leone 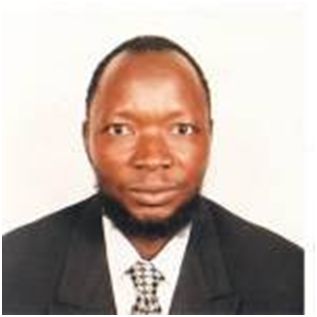 Despite Ebola there is hope… the country called Sierra Leone

This story is in reference to the May 25, 2014 Ebola outbreak in Sierra Leone. As you are aware, I have, including, millions of citizens around the world solemnly pledged unconditional support to the government’s effort in fighting this deadly Ebola virus.  (Photo: Alie Y. Kally)

We are, nonetheless, grateful to all of you out there who are relentlessly “soldiering” on to such unprecedented challenges this nation has ever seen.

Despite this ugly scenario today in our country there are so many good things Ebola can never take away.  With its palm-fringed beaches, breathtaking mountains, tropical rainforests and vibrant culture, Sierra Leone is one of West Africa’s most seductive destinations. During the war era in the 1990s to ten years later the city was one of the darkest cities in the world but now even with the Ebola struggle there is 24 hour electricity supply in the capital city (where I live) and in all regional head quarter towns.

Whether you want a winter escape to the sun to some of the best beaches in Africa, to immerse yourself in its rich heritage and traditions or have the freedom to explore the beauty and charm of this undiscovered paradise, Sierra Leone offers an exciting and inspiring adventure to remember.

English is the official language of the country yet it is Krio, which originated with the freed slaves (Creole people) who returned to Sierra Leone after slavery was abolished, that is the lingua franca. Krio is widely spoken in Freetown and to a lesser degree in rural areas. Sierra Leoneans will be thrilled to hear a visitor use some basic Krio words such as: ‘kusheh’ meaning hello, ‘tenki’ – thank you, ‘du yaa’ – please and ‘how di bodi?’ – How are you? They always hug, shake hands or even kiss and embrace each other. They eat together in the same bowl or tray at home and on occasions like wedding, naming and funeral ceremonies. You will see people moving around at all times at night you will see them on the street selling, dancing and watching football matches, video and cinema centres.  But with the arrival of Ebola all these practices are now on hold by new bye laws introduced by the authorities in order to limit the spread of the disease.  Funerals are inevitable and before the epidemic when one died he/she would be buried by relatives and friends in well-attended manner by taking the corpse to a mosque or church as the case may be, and accompanied by a huge crowed to the cemetery afterwards.  Now when someone dies, no such thing is allowed; but the Ebola burial team is to do it with not more than 10 family members to witness.

It is improper for a woman to whistle.  Sierra Leoneans frequently hiss to get someone’s attention and use the phrase Ah sey! (I say).

People use only the right hand in shaking hands and passing items.  They avoid pointing the soles of their feet at another person.

Sierra Leone’s national day is Independence Day (27 April, as it gained independence on that date in 1967), which is celebrated by eating and drinking during the day and taking part in lantern parades at night.

Western and Christian holidays such as New Year, Easter, and Christmas are celebrated universally.  Muslims celebrate Pray-Day (feast of Eidul Fithr), the first day of the month after the Holy Month of Ramadan (the Muslim month of fasting, starting from dawn to sunset each day).

A common tradition surrounding New Year and Easter is to have a party, sometimes with a sound system, at a nearby river or beach. In towns with high hills, the New Year’s tradition is to climb the mountain, taking along livestock to be slaughtered for a celebratory feast. Masquerades are a popular part of big celebrations: masked “devils,” which often are associated with specific secret societies, entertain the people.

Sierra Leoneans have a unique blend of cultural traditions.  They are vibrant, exuberant and expressive people and their cultural values, traditions and belief systems are widely practised and respected.  A variety of food, flamboyant clothing, jewellery, hand-made crafts, lively festivals and the performing arts are expressions of this colourful society. Rituals and ceremonies are performed by different groups at different times, including the ‘secret societies.’  These ‘societies’ are hugely secretive and members (men and women have separate societies), and obey a strict code of conduct.  Religious beliefs and practices are very present in everyday life and there are many fascinating historic sites, monuments and relics to see.  Keep your eyes open and you never know what you might come across! Around the next corner, there could be a national cultural show where traditional dancers gyrate and revel to the drums and music.

The people of Sierra Leone are well known for their friendliness and hospitality and life is taken at a very relaxed pace.

In terms of religion; Muslims are about 70% of the population, Christians 20% and traditional or animist believers make up the remaining 10%.  Sierra Leone is a leading example of religious tolerance.  Muslims and Christians live side by side and intermarry, and children typically learn both Muslim and Christian prayers in public schools.  The phrase ‘God Bless Islam’ is one that you will often see written on local buses (poda-podas) exemplifying the integration of the two religions.

Sierra Leone’s economy outlook is bright.  Before the Ebola outbreak, investors were returning in their droves and year on year, gross domestic product (GDP) was rising (it was 5.7% in 2011).

Sierra Leone is also rich in minerals, including diamonds, gold, bauxite, rutile and iron ore. The recovery of the mining sector, which contributes about 4% of GDP and is the biggest foreign exchange earner, is a major factor, as is the continued growth of other sectors such as agriculture, on which three and a half million Sierra Leoneans depend.  Agriculture accounted for 45% of GDP in 2010.  The tourism sector has enormous potential and was steadily becoming a major player in the socio-economic development of the country if not for Ebola’s interruption.

Credit card use in Sierra Leone was not part of our banking system but is now available in all the main cities in the country.  You can now withdraw cash at ATMs through some major banks like: (Ecobank, Access Bank, United Bank of Africa, Rokel Commercial Bank, Guarantee Trust Bank) and visa machines (POS) are being installed in most areas across the country.  However, the majority of transactions are done in cash.  If you are coming with cash, hard currencies like the Euro, British Pound Sterling, French Franc, or US Dollar are better and it is best not to bring 19 century denominations but from the year 2000 upwards as they widely rejected by many banks and local business people.

The restaurant scene in Freetown offers a wide variety of international cuisine including Arabian, Lebanese, European, Korean, Japanese and Chinese.  African restaurants, including Senegalese and Ghanaian, also offer a taste of the continent but for a real taste of Salone, local is the way to go.  Rice is the local staple accompanied by plassas (sauce) such as cassava leaf, groundnut soup, binch (beans) or stew with chicken, beef and/or fish and served in generous portions.  Beef and chicken dishes are widely available but fish is king, especially along coastal areas where barracuda, grouper, snapper, lobster and other fish are widely available.  Also look out for street food including sizzling goat or beef skewers, fried plantain, roast cassava (super), tuber and coconut cakes.  Buy freshly plucked juicy sun ripened fruit, including pineapple, mango, paw-paw (papaya), banana and oranges from market women, situated outside any of the main supermarkets.  For drinks, try palm wine, commonly described as the drink that comes ‘from God to man’.  Drawn fresh from oil palm trees, palm wine is a natural and cheap low-alcohol drink especially favoured in villages.  Be wary of buying in Freetown as it is often watered down.  Alternatively, beer drinkers can sample Star, the national lager brewed with sorghum purchased from Sierra Leonean farmers, and available ice cold in most bars and restaurants throughout the country.  For non-alcoholic refreshment try fresh coconut (jelly) water served straight from the shell on street corners or tangy ginger beer.

Sierra Leoneans are well known for their love of music.  It is part of the fabric of everyday life in and you’ll hear it everywhere – be it pop music belting out of bars and clubs, warm reggae in taxis or poda podas, or local hip hop across the radio waves at street side stalls and markets.  For so long dominated by US and regional tunes, Sierra Leone rap and reggae artists are finding their voice and their music is growing ever more popular.  Try any nightclub and you’ll be whisked away by dramatic lyrics and profusion of sounds and beats inducing you to dance the night away.

Introducing Turtle Islands:  This beautiful, remote eight-island archipelago in Sierra Leone‘s southwest peninsula is made from soft white sand, thick shavings of palm fronds, the purest turquoise water, and, quite frankly, dreams.  Tethered to a traditional way of life, the islands swing to their own rhythms.  You can explore most of them with the exception of Hoong, which is a male-only island reserved for rites of traditionalists.

The Banana Islands: Dublin (doo-blin), Ricketts and Mes-Meheux are the three bananas in these pretty archipelagos, hanging from the southern tip of the peninsula like a ripe bunch of fruit.  The islands were first settled by the Portuguese in the 17th century and were later inhabited by freed slaves from the Caribbean.

Loma Mansa, as Sierra Leone’s highest peak is also known, rises 1945m (6380ft).  In clear weather, views from the summit are excellent.  The Loma Mountains Forest Reserve protects the highland rainforest covering the lower slopes.  There are several species of monkey here and you have a fair chance of seeing elephants and bongos as you approach the mountain.

In the rivers, you may be lucky enough to see pygmy hippopotamuses, dwarf crocodiles and fishing-owls; all endangered species.  Above 1500m (4920ft) the forest gives way to grassland where you can spot baboons, wart hogs, duikers, porcupines and even buffaloes.

By Alie Y. Kallay
Allie Kallay is a Journalist based in Freetown, Sierra Leone, West Africa