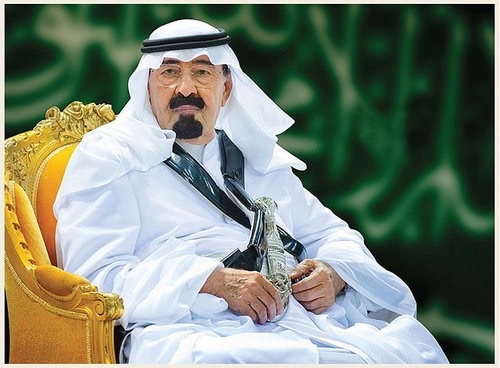 Sierra Leone’s President has joined other world leaders in commiserating with Saudi Arabia’s King and the people of the Kingdom of Saudi Arabia on the death of his predecessor.  (Photo: The late King Abdullah bin Abdulaziz Al Saud)

The condolence letter read, “It is with deep sadness that we have learnt about the death of your brother, King Abdullah bin Abdulaziz Al Saud which sad event took place in the early hours of Friday, 23rd January, 2015.”

Speaking to reporters last night, President Koroma’s envoy to the Kingdom of Saudi Arabia, Alhaji Mohamed Sillah Kargbo said King Abdullah would be long remembered for entrenching the process of progressive reform in his country.

He further said he was confident that the existing cordial and mutually-beneficial relations between Sierra Leone and Saudi Arabia would be maintained and further strengthened under King Salman.

“As His Majesty ascends to the throne as King of Saudi Arabia and Custodian of the Two Holy Mosques, I am confident that the excellent fraternal relations and productive partnership that have always existed between our two countries and people will be further strengthened and deepened in the years ahead,” Kargbo told reporters in Riyadh.

EBOLA Has Not Put an End to Female...