Homepages
Your trusted place for Sierra Leone and global news
Trending News
HomeFeaturedDoubleBangz in the headlines! 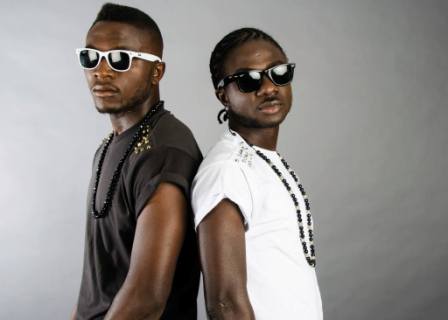 Some know them as Isa and Hassan Bangura, but to most they are known as DoubleBangz ‘Ah Say’

The name was created after the two guys met and performed at an event; Isa and Hassan found out they both carried the surname ‘Bangura’ so they decided to abbreviate the ‘Bangura’ to Bangz and the two Bangura’s became DoubleBangz!

DoubleBangz started working together and released their first song ‘Shake’, followed by ‘No Lazy,’ which saw them accepted with their local community and home Country Sierra Leone.

In 2012 they released ‘Borcor’ – a song and video that captured a lot of attention within the UK Afrobeats scene and other nations embraced DoubleBangz.

Their current track ‘Circulate’ has created much buzz around the world; they are already headlining shows in Canada and London.  The audio for this track was an instant hit and the ‘Ah say’ boys did not disappoint with the fresh cut video directed by Na Salone Tv.

The ‘Ah Say’ boys are both graduates; one is a financial broker and the other a graphic designer.

Work on DoubleBangz EP is ongoing, and yes, that EP will be one to look out for Ah Say!