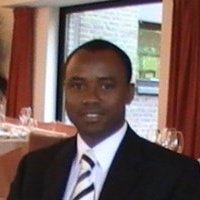 Sierra Leone’s Ambassador Extraordinary and Plenipotentiary to Ethiopia and Permanent Representative to the African Union (AU), H.E. Osman Keh-Kamara (in photo),  has responded to President Ernest Koroma’s  clarion  call to public officials to help their localities  during the Ebola crisis by donating an assortment of food items  to quarantined homes in the Kaffu Bullom Chiefdom in Port Loko.

Ambassador Keh Kamara said it was also his own personal contribution to Sierra Leone’s fight Against the Ebola Viral Disease (EVD), which is presently ravaging the country. The items include bags of rice as well as tons of distilled water, all of which cost millions of leaones.

Ambassador Kamara’s brother, Mr. Hassan Kamara, presented the food supplies on his behalf to the Kaffu Bullom Ebola Response Team and relevant stakeholders in the Chiefdom.

In a statement delivered while presenting the food items meant for residents   Mayayah and surrounding villages in Kaffu Bullom, Mr. Kamara said that his brother, Ambassador Keh Kamara, was sorry for the disaster that has befallen the nation and he felt duty-bound to help alleviate some of the sufferings of the people in Kaffu Bullom , whose sources of livelihood have been directly or indirectly affected  by the deadly disease.

The Section Chief of Mayayah village, Pa Alimamy Foday Kamara, has expressed profound thanks and appreciation to the Ambassador for his humanitarian gesture and intervention, which would provide much-needed relief to quarantined homes in the chiefdom. He prayed God’s blessings and protection on Ambassador Osman Keh Kamara , whom he described as a worthy son of the land.

The Co-ordinator of the Kaffu Bullom Ebola Emergency Response Team, Pa Adikalie Mohamed Kamara commonly called ‘Manga’, who also described Ambassador Kamara as a son of the land, thanked the AU Permanent Representing for his patriotic commitment in joining the Ebola fight.

During the distribution of the food items, Pa Sheku Sawaneh , one of the family heads in the quarantine homes, also thanked Ambassador Kamara for his donation and appealed for more assistance to people affected by the EVD in the chiefdom.  Some of the beneficiaries of the gesture joined Pa Sawaneh in expressing appreciation to Ambassador Kamara for helping to curb the possibility of hunger in quarantined homes.

Ambassador Kamara is noted for timely intervention in the welfare of his people in Kaffu Bullom Chiefdom. In the past, he had not only made generous donations of food supplies but  he had granted scholarships to needy pupils  slated to take the BECCE and WASC Examinations  and students in tertiary institutions in the Chiefdom,  who lacked the means of paying their fees.

Ambassador Kamara is also renowned for motivating the youth of the chiefdom. Several years ago, he donated Le 10 million to youth groups in the chiefdom to enable them to stage a gala soccer tournament to promote unity and cordial understanding between them. The winning team was given Le 5 million; the runners-up Le 3 million and the third placed team Le 2 million.