Is Sierra Leone ready for a 35 year old President? 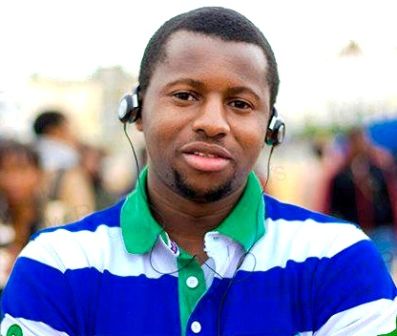 Is Sierra Leone ready for a 35 year old President?

At a time when Sierra Leone, its neighbours and the international community join efforts to fight the deadly Ebola Virus Disease which has lead to more than 7,000 fatalities in West Africa, a number of sensitive issues relating to the 1991 Constitution of Sierra Leone have evidently not been unattended to.  This is against the backdrop of the current review of the Constitution; a process that was formerly recommended by the Truth and Reconciliation Commission Report of 2002 to ensure that its provisions are reflective of modern values of the country, and to facilitate the continued development of a well-governed, democratic and stable state.  (Photo: Alhaji Abu Komeh, author)

Like many other debates surrounding issues such as the powers and tenure of the President, educational qualification for membership in Parliament, women’s representation in governance, citizenship, freedom of expression and the press, greater inclusion of youths in governance, the argument as to what age should be set as a requirement for one to become the President of the Republic of Sierra Leone is beginning to gain momentum.

Ipso facto, chapter V, Part I, section 40, subsections (1), (2) and (3) of the 1991 constitution provides the definition of the President.  Simply, the President serves as the ‘Head of State’, the ‘supreme executive authority’, the ‘Commander-in-Chief of the Armed Forces’, ‘Fountain of Honour and Justice’, ‘symbol of national unity and sovereignty’,  ‘guardian of the Constitution’, and ’guarantor of national independence and territorial integrity’. With all these nomenclatures and the colossal responsibilities which the President shoulders, it makes perfect sense to reverberate the point that the Presidency is an embodiment of its people and resources; hence a sacrosanct office.

Consequently, the aim of this piece is to expose some of the arguments for and against the motion that the current age requirement of 40 years as stated in section 41 of the 1991 Constitution must be downgraded to 35 years.

What makes a Great President?

Firstly, a great President must possess the compelling vision and character needed to carry the burden of the nation, and spearhead the process of growth and development. A President with vision is able to set country targets, define the path through which those targets will be achieved, and identify the roles of citizens in the process.

Secondly, as people normally say in Latin, the President must have the ‘Quibus’, to activate and implement this vision, for vision without action is as good as a goose egg.

Thirdly, the President must have 100% focus and commitment. A leader must be able to maintain a steady focus, establish what his priorities are and be committed in seeing the dreams of a whole nation come alive. Focus and commitment ensures the President is able to develop the strength of his governance system, identify new challenges, and   discover weaknesses with a view to mitigating them.

Finally, wisdom forms the core of a President’s portfolio of qualities to becoming a great leader. A wise President must possess the right aptitude to understand the processes and consequences of policies and decision-making. With astounding wisdom, the President assembles personalities with the highest calibre and integrity to form a team which drives and seeks the interest of its people. A wise President anticipates the problems of his people, use his problem-solving proficiency to analyse a multiplicity of complex issues, handle the pressure, and prescribe a solution which will bring forth positive lasting legacies. The amplitude of his sagacity must be exquisite and above all else.

In my view, age does not necessarily determine how successful a President becomes. Rather, some degree of ability and experience is what actually matters. On the 2nd July, 2006 in Banjul, the Gambia, member states of the African Union adopted the African Youth Charter which defines a youth as a person between the ages of 15 and 35. Impliedly, the age of 35 in Africa is seen as the peak of youthfulness; the age at which an average young person would have completed university education, gained some level of work experience; and also physically equipped to undertake any form of national assignment including that of the Presidency against the background that he is fully mature – physically, mentally, psychologically and emotionally.

At this age, society generally believes that a man can generate the requisite level of ‘freshness’ or rather, a man can picture ideas under a different microscope, with a view to providing spanking new answers to age-old problems. A young President is widely seen as often active and possessing the right leadership stamina that can help in tackling country problems that older leaders wouldn’t dare touch. In the words of Republic politician and pollster Kellyanne Conway, “youth has its advantages in the eyes of the public. Youth connotes energy, freshness, the future, and a sense of optimism. And for many voters, “older” suggests staleness, being out of touch, and putting political calculations above doing what’s right”.

Similarly, as more youths become educated, employed in both public and private sector, gain national and international experience, drive the process of change and development across all sectors, a lot of people have alluded to the fact that there should be no limit in terms of number and capacity for a young man or woman to lead this country.  What particularly comes to mind here is the fact that a good number of brilliant young people under the age of 40 continue to excel in diverse positions both nationally and internationally, whether in the Executive arm of Government, in Parliament, the Judiciary, ministries, departments, agencies, corporate enterprises, the United Nations, in the African Union, NGOs, etc. In many of these assignments, executive training and leadership, exposure and decision-making skills are being earned, while the true spirit of love for country is awakened. Hence, the conviction that a man aged 35 should be given an equitable platform like a man in his forties, to contest for the Presidency in Sierra Leone.

Besides, some sects have taken a position in favour of the 35 years requirement based on the life expectancy argument. According to the World Health Organisation, Sierra Leone has the lowest average life expectancy in the World which is 47.5 years compared with Guinea’s 55 and Liberia’s 59. Apparently, if an average Sierra Leonean is expected to live for 47.5 years, and the Constitution has pegged the Presidential requirement to 40 years, it unravels several inconsistencies. Firstly, the provision shows duplicity to the true situation of Sierra Leoneans who sadly expect to die at 47.5 years. Implicitly, if a man wanting to become President is to wait until he hits 40, by the life expectancy premise, he is not certain to run for two terms simply because he has been constrained by a dogmatic provision and denied to opportunity to serve his people (say between the ages of 35 and 45) when he is considered to be most productive in society.

In several modern democracies where the average life expectancy is higher, the age requirement falls below that set by the Sierra Leone Constitution. In the United States, Brazil, and India where the life expectancies are 79.8, 76.2 and 65 years respectively, one has to be at least 35 years to contest for the presidency. In democratic jurisdictions like Kenya, Rwanda, Guinea, Liberia and a host of other countries in Africa where the average life expectancy is much higher than in Sierra Leone, the age requirement is also 35 years indicative of the fact that many modern societies have faith in the power of the young to succeed in the highest position of a state.

All things being equal, some people suppose that an older President (say in his 50s or 60s) possesses more experience and knowledge than a younger person to handle the office of the Presidency. It is believed that an older President thinks with his head, not with his heart; and this leads to better decisions made. He makes his decisions based on existing facts and would resist taking decisions based on insufficient details and evidence, irrespective of whether when made, they would become popular. The degree of his experience and maturity earned overtime allows him to handle situations better and this overwhelms the capabilities of a younger figure.

Like Martin Luther King Jr. Said, “The ultimate measure of a man is not where he stands in periods of comfort and convenience, but where he stands at times of challenge and controversy”. Some proponents thus believe that an older President is better able to face a fierce crisis. He is perceived to have the equanimity to deal with the unpredictable and tedious pressures of the office than a younger President would normally do. In fact, in terms of political skill, management ability, temperament and persuasiveness, some scholars would suggest these are features carried more by older rather than younger leaders.

While many people in Sierra Leone continue to question the wisdom behind the constitutional provision fixing the age requirement to 40 years, evidence has shown that even in democratic societies where elections are held and the age requirement is 35, young people have not survived the dynamics of political beliefs and principles. In many parts of the world, there seems to be no imminent thirst for a younger President. In Sierra Leone, Dr. Ernest Bai Koroma when elected in 2007 was 53; Alhaji Dr. Ahmed T. Kabbah was 63 in 1996; Joseph Saidu Momoh and Dr. Siaka P. Stevens were 48 and 66 years respectively when they became Presidents. Only coup d’états as have brought to power Heads of States who were in the 20s and 30s.

In Liberia, all three recent Presidents beginning with Ellen Johnson Sirleaf, Gyude Bryant and Charles Taylor were 66, 54 and 48 years respectively when they assumed office. In Nigeria where the age requirement is 40, all three recent Presidents – Goodluck Jonathan, Umaru Yar’Adua and Olusegun Obasanjo were aged 53, 61 and 56 respectively when they assumed power. The question I pose at this juncture is why has society placed this enormous recognition and faith on older folks, and so averse to young leadership? Is it just a conjecture based on the premise that the old can do better in this part of the world? Even in the United States, the youngest to be President, Theodore Roosevelt was 42 years when he attained the position.

While I am in no way making a case that a young President would automatically do well, my mind continues to jiggle as to whether Sierra Leone is in fact ready to be led by a 35 year old President. Albeit, recent global political events, (say in Mali, Italy, Belgium and Estonia), suggest that there is light at the end of the tunnel.

In April 2014, Moussa Mara, 39, assumed the office of Prime Minister in Mali after the resignation of Oumar Tatam Ly. After the 2014 federal elections in Belgium, lawyer and politician, Charles Michel became the youngest prime Minister ever in Belgian history at the age of 38. Similarly, in February this year, Italy elected Matteo Renzi as its Prime Minister and he is leading the country’s youngest cabinet in history. At a young age of 39, he is also the President of the Council of European Union. At age 35, the Estonian Parliament also endorsed the appointment of Taavi Roivas as Prime Minister.

The 40 years age minimum – a legal formality might just have become so moribund that it is now left with the Constitutional Review Committee and Sierra Leoneans in particular to decide whether it remains in the ‘supreme laws’ of the land or not. As the thrust of this debate is about age, it is important to stress that age is only a necessary condition to gain the wisdom and maturity that is needed to run for Presidency; yet, it is not sufficient.