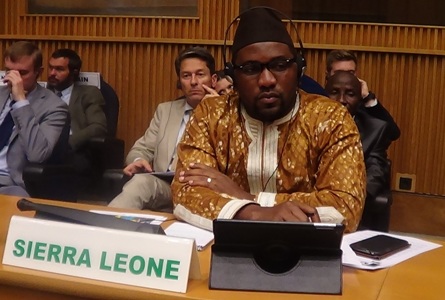 Sierra Leone’s Deputy Permanent Representative to the African Union Commission and the United Nations Economic Commission for Africa, Ambassador Ismael Koroma has called on Member States of the African Union to exercise caution in implementing Ebola preventive measures, and to also adhere to medical guidelines provided by the World Health Organization (WHO).

Addressing the African Union Peace and Security Council Open Session on Ebola in West Africa on Friday 28 November, 2014 at the AU Headquarters in Addis Ababa, Ethiopia; Ambassador Koroma said that the issues of isolation and stigmatization are becoming very serious concerns and obstacles in the fight against the Ebola Virus Disease (EVD) on the continent. He informed that few weeks ago, a senior Government delegation from Sierra Leone that was traveling to attend an important meeting within the continent got stranded in Accra, Ghana. “The members of the delegation were initially refused access to board the flight that was to take them to the host country for the meeting by an African airline, simply because they were carrying Sierra Leonean passports,’’  he lamented.

The Sierra Leone Deputy Permanent Representative told the AU Peace and Security Council that in as much as Sierra Leone understands the need and welcomes the strides by sovereign Nations to prevent the spread of the deadly Ebola virus into other parts of the continent; Member States should restrain their authorities concerned, and also take into consideration WHO’s guidelines on the EVD in exercising preventive measures. He passionately encouraged Member States of the Union to implement the decisions of the Emergency Extra-Ordinary Executive Council Meeting on Ebola, held in August 2014, at the AU Headquarters in Addis Ababa, Ethiopia.

He further appealed for more urgent international support to Sierra Leone, in order to defeat the Ebola epidemic within the shortest possible time. He also registered profound gratitude to Member States of the African Union as well as other international partners and friendly nations that have contributed their professional medical expertise and resources to combat the EVD in Sierra Leone. 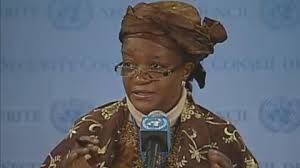