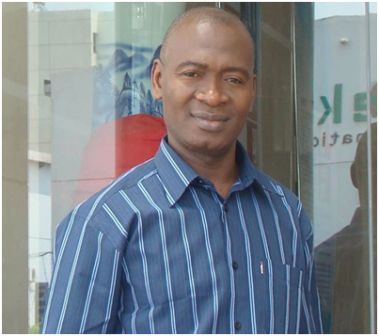 Programme of such nature requires the broader participation of all concerned especially on issues that has to do with one’s credibility and reputation. In essence, you don’t discussed issues relating to the operations of Attaches in their respective embassies and their roles in the Diaspora without the involvement of any one of them especially taking into consideration the fact that the panellists are either journalistic novice or intellectual nuisance desperate to attract public attention.

That is why I take great exception to disturbing remarks made by a so-called Chinese trained Sierra Leonean Dr. Abdul Karim Mbawa, the Human Resource Director at the Parliamentary Service Commission against Information Attachés and media representatives in the Diaspora appointed by the President.

Statements such as Information Attaches do not know their job and are not doing anything to control the international media’s reportage of the Ebola crisis, are not only unfortunate, but it also exposes how ignorant the panellists were to the realities of our operations out here.

Come to think of it, what does someone like Mbawa know about journalism to make such irresponsible and provocative statements about Attaches and their respective roles abroad?

Naturally, when people speak out of ignorance you might be tempted to ignore them – but certainly not in the case of Unisa Sesay, a man who professed to be a veteran journalist and ought to know better.

For Unisa to sit on a panel of journalistic ignorants to think that an Information Attaché can dictate how the international media should report on Ebola explains a lot about why, in the first place, he never was a successful journalist.

Unisa knows how the media operates and he has handled a lot of foreign journalists while working at State House – and for him to sit on a panel of mediocres and make such baseless remarks against us is quite unfortunate and disappointing.

We are public officers for God’s sake, paid from State coffers and therefore not above public criticisms – but certainly these criticisms have to be constructive and justifiable.

What the likes of Abdul Mbawa and Unisa unfortunately don’t know is the fact that, almost 100% of foreign journalists are not keen on reporting the facts about Africa simply because they have a preconceived notion about the continent and their leaders. They believe Africa is always a dark continent as far as human civilization is concerned – one that is full of HIV/aids, infectious diseases, chronic poverty, dictators, filth and they tailor their reporting along that perception.

For them, Ebola came about as a result of the filth and squalor in Africa and that is why it is usually common for Western media to mostly use past images from their archives on current development as long as such images portray a negative picture Africa to suit their interest and that of their readers and viewers.

For example, when the British ITV Anchorman Dan Rivers visited State House to interview President Ernest Koroma, he did not only deliberately refused to highlight the President’s side of handling the Ebola crisis, he went ahead to insult the President’s integrity describing his office as ‘cluttered.’

What did Unisa as Press Secretary at State House do about that?

When The Guardian of London published that erroneous and misleading story about journalist Tam Bayoh being arrested and beaten on orders from State House and I called them to give the true picture of the event following the journalist’s denial about being beaten, what happened? The Guardian told me they were sure of their story because they had a reporter on the ground and that there is nothing they could do about it despite being presented with the facts.

And this is not only happening within the media. When Sierra Leone’s Petroleum Unit held a conference with oil companies to lobby them for support on the Ebola crisis, they did not only kick against working with foreign NGOs as against their local counterparts, they also said they could only make financial support the cause if their donations are channelled through foreign NGOs. And this comes at a time of a major scandal involving the hierarchy of the World Health Organisation that led to the rolling of heads.

The issue about western media reportage of African issues is a complex one. Most of these NGOs and International relief agencies thrive on these negative reports at our expense.

As a matter of fact, the more they present a deadly scenario of events they more aid they receive – it’s a matter of the more the merrier – and there’s very little we can do about it whether we agree or disagree.

I wish these guys would know the challenges we face working under very frustrating circumstances especially in an environment that sees little or no importance for the role of the media in a diplomatic mission.

As Attachés, we could only limit our duties to reporting what is going on from our respective diplomatic missions and developments back home as well as our various Sierra Leonean communities and Unisa and his likes will agree with me that no other times in the history of Sierra Leone has the work of the Government and the President come so closer to the people of Sierra Leone they represent both locally and internationally than the current administration.

I don’t want to be seen here blowing trumpets or showing off our report cards, but personally, I run a news website, publish an international developmental magazine and in each of my editions, I circulate (at my own financial expense) directly to some of these international media houses and diplomatic missions in the United Kingdom as a strategy to bringing developments back home closer to the International Community.

People like big boss Rev. Kabs Kanu of Cocorioko fame and Pasco Temple receive insults on a daily basis on social media trying to propagate and defend government’s policies not to talk about the hostile Sierra Leonean communities they work in the United States of America.

John Baimba has combined both his duties in China where he is assigned and those at the newly established Sierra Leone Embassy in Korea which operates without an Information Attaché. He has also been very active in the social media disseminating and defending government’s policies and interests.

I need not emphasise the performance of Chernor Ojuku who has gone beyond his scheduled functions as an Information Attaché at the European Union, but also going extra-mile in propagating government’s developmental projects around Europe.

In Saudi Arabia, Alhaji Jalloh is credited for becoming the first journalist within that region to bring developments not only within his mission, but also back home in addition to his extra role at the annual Hajj Pilgrimage. So too is Abdul Karim Koroma who has brought massive awareness about the participation and contribution of Sierra Leone at the African Union in recent years.

And for Unisa and Mbawa to sit there and make such disturbing statements because they have the opportunity and the airtime to do so, is very insulting and unacceptable. And even though the other panellist (a UK-based Sierra Leonean) was trying to educate them about how the western media particularly in Britain operate, Unisa and Mbawo were blind to the naked realities for only God knows why.

Most of these Western media going to Africa and Sierra Leone in particular go there with a mind set to portray the negative aspect of the continent and the only time they try to be positive is when there is a development that relates to one of them.

This is why reports of British troops going into Sierra Leone almost dominated channels like the BBC and Sky for almost a week without interruption.

Western media thrives on nothing but negativity when it comes to Africa.

We cannot change their perception, we cannot determine their editorial policies; we cannot dictate them either – what we can do and have been doing is focusing on the President’s activities as well as that of his government and promoting developments in Sierra Leone.

If you can’t see that, then be quiet! 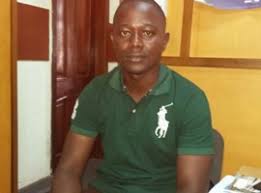