The Secretary-General of the United Nations has appointed Binta Mansaray as Registrar of the Residual Special Court for Sierra Leone. Ms. Mansaray made her Solemn Declaration before RSCSL President Justice Philip Waki on 29 September 2014. She had served as Acting Registrar of the RSCSL since its inception in January 2014.

The Registrar, pursuant to Article 15 of the Statute, is appointed to a three-year term and is eligible for reappointment.

Binta Mansaray previously served as Registrar of the Special Court for Sierra Leone, a post she held from February 2010 to December 2013 when the SCSL closed upon the successful completion of its mandate. From July 2007 to February 2010 she was Deputy Registrar, and while continuing to hold that post, was appointed Acting Registrar in June 2009. Ms. Mansaray first joined the SCSL in 2003 as Outreach Coordinator, during which time she designed the Court’s widely-acclaimed grassroots programme to keep the people of Sierra Leone, and later Liberia, informed about the Court and the trials.

Prior to joining the Court, Ms. Mansaray was a human rights advocate for victims and ex-combatants stemming from Sierra Leone’s civil conflict, and worked with a number of organizations. She held the post of Country Representative for the Women’s Commission for Refugee Women and Children in Sierra Leone, worked with the Campaign for Good Governance, and served as consultant with the United Nations Mission in Sierra Leone (UNAMSIL) and several civil society organizations.

Ms. Mansaray is a graduate of the University of Sierra Leone, and she received her Master’s degree from Fordham University in New York, U.S.A. 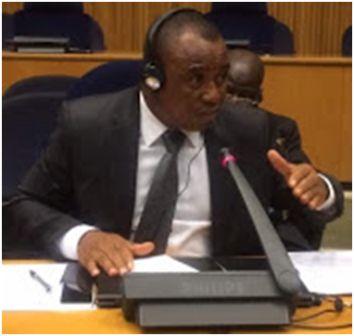