Africa’s trade under a changing climate 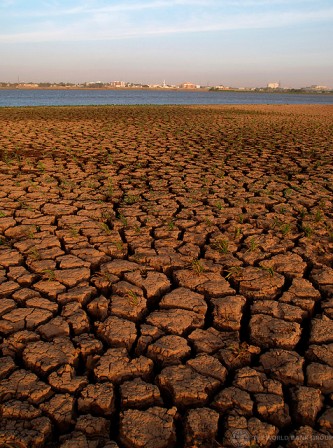 Africa’s trade under a changing climate

The devastating effects of climate change are already being felt across the planet, including in Africa. The 2011 drought-induced famine in the Horn of Africa affected more than 10 million people, claimed 257,000 lives and cost over $1 billion in damages. The recent Africa Adaptation Gap report by the UN Environment Programme warns that climate change could reduce total crop yields in sub-Saharan Africa by as much as 20% by 2070. Worse still, it could begin to affect Africa’s trade potential. For example, a projected sea-level rise in Tanzania of 70 centimeters by 2070 could devastate the port city of Dar es Salaam, its largest and richest city and a major player in East Africa trade, and cost the country about $10 billion in property damages and related losses. Environmentalists warn that rising sea levels can cause severe flooding, submerge land and destroy coastal ecosystems.  (Parched soil by the White Nile. Khartoum, Sudan.  Photo:Credit Arne Hoel / World Bank )

Is Africa under a climate change siege? Can the region expand its trade under current conditions? Experts say yes to both questions, but, in addition to reducing barriers to new and existing trade, countries will have to use their ecosystems to protect the continent’s productive sectors from the negative impact of climate change. Resilient ecosystems are required to promote the wise use of biodiversity and natural inputs; such wise use will preserve the natural environment from degradation and ensure that the environment remains productive and continues to contribute to economic development.

With the World Bank stressing that food production for rapidly growing urban and rural populations will be the largest growth opportunity for African farmers, the agricultural sector must come up with climate-proof strategies. While Africa currently produces staple food worth $50 billion per year, the Bank has found that the region could add an extra $20 billion annually if it dismantles trade barriers in agriculture. For example, West Africa could cut its transport costs in half in less than a decade if its agricultural trade policies were designed to serve as building blocks rather than as roadblocks to economic growth, says the Bank.

Additionally, as climate change worsens, industries and agriculture will need to respond. Experts recommend increased production of Environmental Goods and Services (EGS) as a viable option. The EGS are benefits that can be derived from healthy ecosystems and include clean air, fresh water, purification of air and water from forests, pollination of crops and groundwater recharge through wetlands. Valued at $690 billion in 2006, increasing global demand for EGS could be worth $1.9 trillion by 2020, according to UNEP. To boost trade, therefore, experts stress the need to diversify exports beyond commodities and for governments to initiate policies that allow more people to participate in trade. But does sustainable use of ecosystems accomplish this goal?

“Rethinking possibilities” is the phrase development experts use to reinforce the point that it is possible to use natural resources as productive assets. By using ecosystem services properly, Africa could protect its natural resources and increase its trade volume within the continent and with the rest of the world. And such protection comes with minimal or no additional costs.

A few ecosystem approaches, such as the use of “native pollinators,” are already gaining popularity. Also referred to as “the farmer befriending the bee,” this approach presumes bees’ habitats are protected when farmers minimize tillage, allow crops to flower, plant hedgerows or windbreaks with flowering shrubs, reduce or eliminate pesticide use and work with surrounding land owners to protect natural areas. By investing in the protection of bees’ natural habitats, farmers are investing in their crops. Bees and the sustainable use of other management techniques can increase crop yields by as much as 5%, according to the Proceedings B journal, published by the Royal Society of Biological Sciences.

Moreover, these techniques reward farmers with better-quality produce to sell. For example, in Burkina Faso, where shea nuts are the second-most-exported cash crop (after cotton), ecosystem-based techniques could improve the quality of shea nuts and ensure sustainable production methods. This was the case recently when one ecosystem-based approach (EbA) project trained 120 women to produce high-quality shea butter, which led to increased sales and an extra $18 per month for each woman on average. An EbA is a farming method that promotes conservation and sustainability through integrated management of land, water and living resources.The women now have an even greater motivation to protect their five hectares of shea trees and associated ecosystem (which is part of their production chain) from destruction and deforestation.

Across West Africa, between 4 million and 5 million women depend almost entirely on shea nuts for their livelihood, according to the Food and Agriculture Organization. Applying EbAs widely could increase production for local consumption and for exports.

In a number of ways, Africa could boost trade by exploiting its vast natural resources using ecosystem-based approaches. First, EbAs can increase agricultural trade volumes through higher crop yields. In Zambia, farmers increased crop yields by 60% by switching from monoculture practices to intercropping and other sustainable methods. Second, greater use of EbAs will encourage a shift from traditional to sustainable farming methods because the global market for EGS is growing rapidly. EbA practices could potentially help Africa reap the benefits of EGS.

Third, due to the diverse crops being produced, EbAs will provide Africa with access to new markets. Through agroforestry (intercropping, barrier crops and nitrogen-fixing crop use), smallholder farmers can produce more diverse crops. And finally, better-quality or more environmentally friendly products will give Africa access to higher-quality markets. As with the shea butter project in Burkina Faso, EbA products can enter “sustainable” markets, where they fetch higher prices.

Even if Environmental Goods and Services lead to increased trade opportunities, barriers to trade in Africa will persist. The World Bank’s primary recommendations are reforms in the trade sector and the strengthening of institutions that design and implement regulations. The Bank wants African countries to reduce the cost of trading across borders. According to the Bank, costs associated with trading in sub-Saharan Africa are twice as high as those in East Asia and the Organization for Economic Cooperation and Development (OECD) countries. It advocates for the removal of a range of non-tariff barriers to trade, including restrictive rules about origin of goods, import and export bans and costly licensing. In the sub-Saharan African region, notes the Bank, it takes an average of 38 days to import and 32 days to export goods across borders—two of the longest wait times in the world. However, while new EGS products may get caught up in these barriers, experts believe that mobile banking and other innovative cross-border systems could improve the situation.

Already environmentalists are saying that ecosystem services should cease to be seen as free and limitless; rather, they should be protected against the effects of climate change. The consensus, however, is that EGS in African economies could bring greater economic, social and environmental benefits to the continent. This is the triple win.

By Richard Munang and Jesica Andrews, courtesy of Africa Renewal

Remarks by President Obama at U.N.... 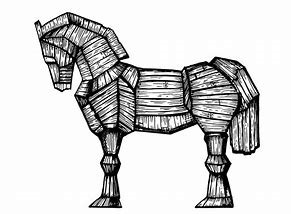