MPs to be audited after Ebola Campaign 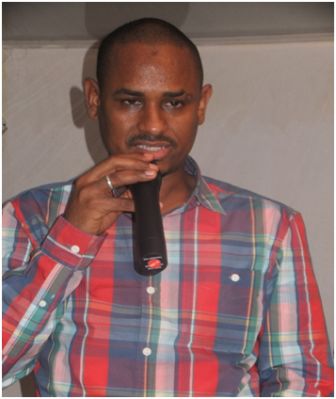 MPs to be audited after Ebola Campaign

He discussed this at the launching of the constituency Ebola campaign on Saturday, 13th September, 2014. ”As the Chairman of the Public Account Committee, I have informed Audit Service to do a special audit for Members of Parliament” he disclosed.

Hon. Bah also mentioned that the time for accountability will come, but what is most important now is to fight Ebola. He told them that the said money is for Members of Parliament to expend with transparency and accountability.

He encouraged those that are in the Ebola campaign exercise to continue their good work and forget about detractors that are that they are using Ebola funds for their selfish ends.

The Deputy Speaker emphasized that Ebola is real, and that the government needs the support of all Sierra Leoneans to succeed in eradicating the epidemic. He congratulated the Councilors and the constituents for being so robust in their Ebola sensitization on behalf of their Member of Parliament.

He registered Parliament’s willingness to work with the people of Constituency 99, ”we are always available to help you as the Deputy Speaker of Parliament said.”

He reiterated that the country’s fight against Ebola surrounds positive attitude and behavior, he therefore encouraged them to take the lead in the country’s Ebola campaign by doing more sensitization and abiding to the precautionary measures set by the Ministry of Health and Sanitation. Other parliamentarians such as Hon. Alhassan Kamara, Michael Sho-Sawyer and many more graced the occasion.

The National Coordinator of ABC Secretariat, Madam Nanette Thomas Speaking at the Ceremony

The National Coordinator and Second-in-Command of the Attitudinal and Behavioural Change (ABC) Secretariat, Madam Nanette Thomas said that the fight against Ebola hinges on positive attitude and behaviour.

During the programme, she stressed that the country is facing an increasing rate of Ebola cases because of our negative attitude towards Ebola, general health and hygiene.

Madam Thomas informed members of the constituency that if we are to win the war against Ebola, all of us need to be very positive and accept the preventive measures that medical practitioners have prescribed such as taking sick persons to hospitals, reporting Ebola suspected cases to authorities and not to bury any dead person without ascertaining the cause of the death.

She also noted that Ebola is a dangerous virus that needs concerted effort to eradicate it, ‘‘let us all support the government and its international partners in this fight” she called. She stressed that we must all sacrifice what we have to strengthen the war against Ebola virus.

The National Coordinator and Second-in-Command of the Secretariat further told the people of Constituency 99 not to forget that the country is under a State of Public Health Emergency. Therefore, they should avoid all public gatherings that are not for the purpose of Ebola sensitization like going to cinemas.

Members of the Calabash Production, Performing an Ebola Sensitization Skit

”We are engaging the international community in the fight against Ebola in the country” he stated, affirming that Ebola is real and that there is need for the nation to do more sensitization.

Members of the Calabash Production staged an educative Ebola sensitization melodrama with messages of how Ebola transfers through body contact, the signs and symptoms, precautions and why people should report suspected cases to the appropriate authorities.